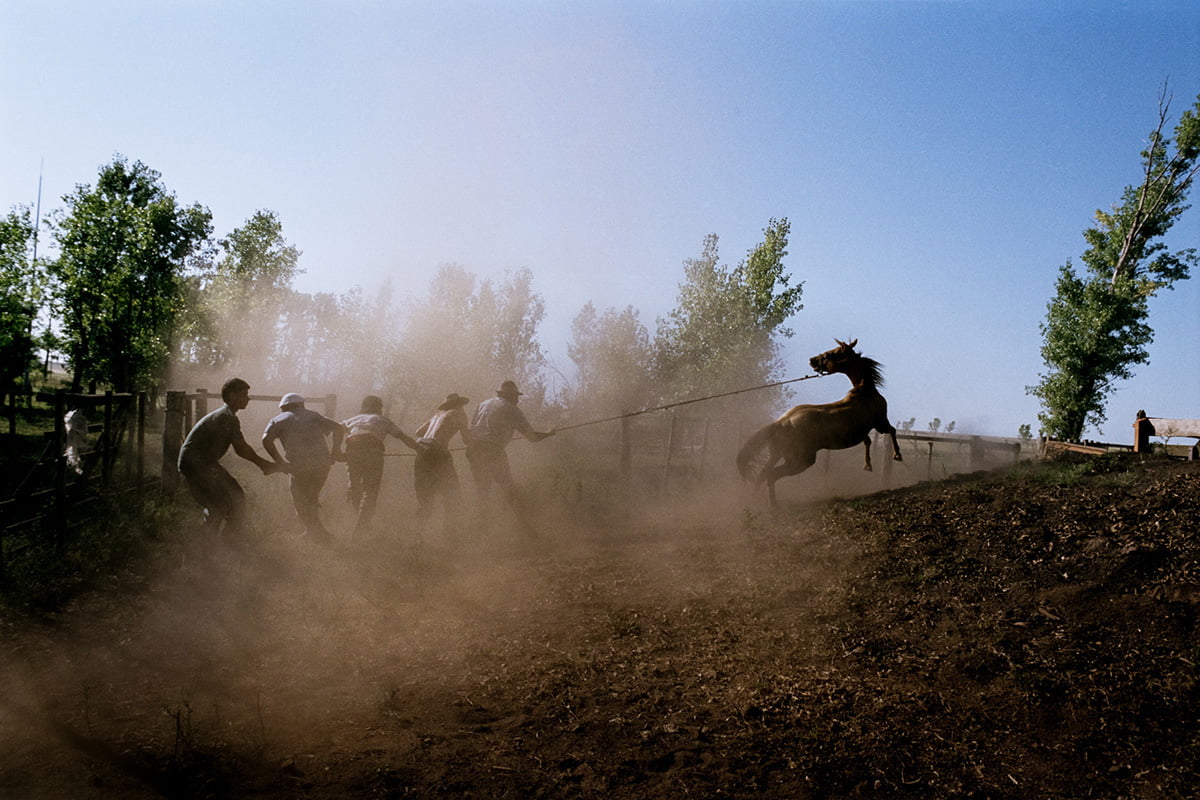 Struggling to over-power a bronco

From Patagonia to the Canadian Prairies, discover the life and culture of the “Cowboys of the Americas”. During the summer of 2003, while travelling around northern Uruguay, I stopped at the end of a long day to greet a few gauchos gathered around a fire by the side of a dirt road. As is customary, they invited me to share mate, their traditional beverage. As we stared into the fire, the gaucho in charge of the mate passed it around the men, one at a time. They were cattle drovers, herding a thousand head of cattle back to the estancia. I took a chance and asked the eldest one, “Who is the gaucho?” After a long silence, he said, “The gaucho is the land he treads upon.” The authority and conviction of the old gaucho’s words had an immediate impact on me, and the phrase would become the cornerstone of my work and my guiding compass as I embarked on a journey through South and North America, photographing the different groups of cowboys. I instinctively began in Uruguay where the gaucho had been a familiar figure during my childhood. I didn’t know how much of the traditional gaucho was left in present-day Uruguay, but I sought to capture the power of the bond that man and horse had in my memories. It was a subject close to my heart, and yet it felt new and exciting to explore. Ever since the 16th century, when the Spanish conquistadors introduced the horse and cattle to the New World, the legacy of the man who works with his horse has been inextricable from the cultural weave of the Americas. Whatever their name, these extraordinary “centaurs” share a tight bond with their animals and the land. In Uruguay and Argentina, these men are called Gauchos. In Chile, they are the Huasos; in Brazil, they are the Pantaneiros and Vaqueiros. Ecuador has its Chagras and Mexico its Charros. The United States and Canada have the Cowboys. From the Uruguayan Pampas to the Canadian Prairies, I immersed myself in the life and culture of the Cowboys of the Americas. 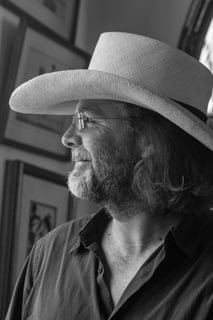 Luis is an Uruguayan self-taught photographer born in 1965. Now based in NY he was raised between South America, Europe and the USA. Since 2000 Fabini has been tirelessly working on his own projects beginning with Fabini’s three-year journey with “Zen Master Moriyama”; followed by “Cowboys of the Americas” where Fabini dives into an intimate portrait of “Man and Horse”. Currently, Fabini is photographing “Harvests” an exploration of the symbiosis between people, food and the land they inhabit. His photographs hang in collections in Europe and the USA and have been published around the world in magazines such as Stern, France Geo, Outside among many others.