Emotion, Drama, Nostalgia, Moments and Lifestyle all of these elements are perfectly blended in Kolkata since it is the “City of Joy” and if you are in “Kolkata Maidan” in the winters, all of these will unfold in front of your eyes.

Emotion, Drama, Nostalgia, Moments and Lifestyle all of these elements are perfectly blended in Kolkata since and that is why we proudly called it the “City of Joy”. And, if you are in “Kolkata Maidan” in the winters, all of these will unfold in front of your eyes.

A vast expanse of green in the heart of the city’s brick-and-mortar matrix, the Maidan is where Kolkata’s residents congregate for walks, spirited cricket, football matches, family outings, dates, tonga (horse-drawn carriage) rides and general idling. The grounds are flanked by the Victoria Memorial and St Paul’s Cathedral towards the south and the Hooghly riverbanks towards the west. 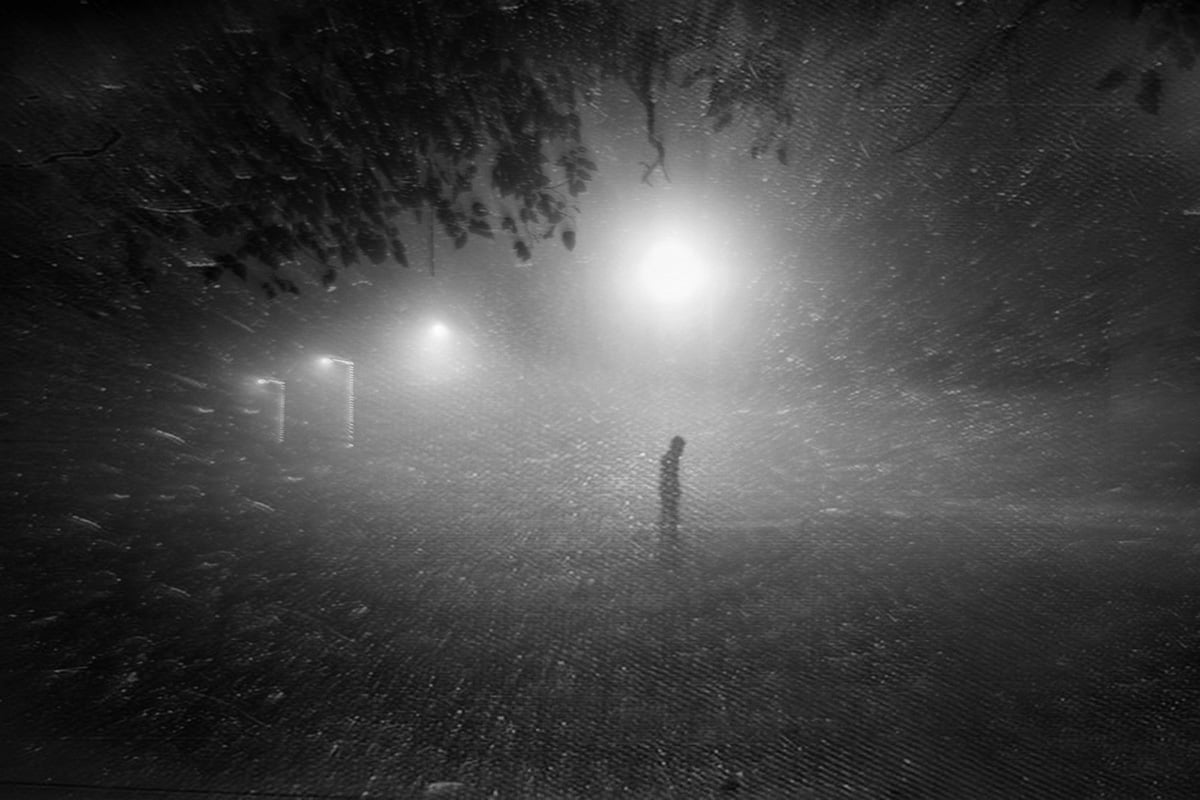 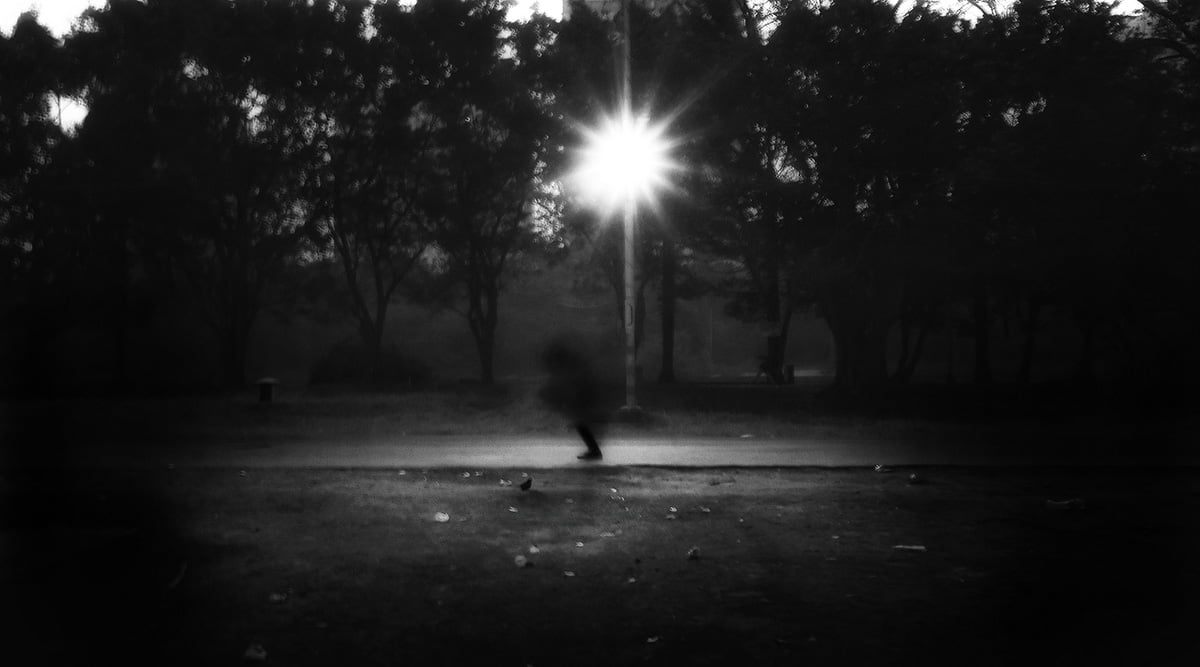 In 1758, one year after their decisive win in the Battle of Plassey, the British East India Company commenced construction of the new Fort William in the centre of the village, Gobindapur. The inhabitants of the village were compensated and provided with land in Taltala, Kumartuli and Shovabazar. The fort was completed in 1773. The tiger-haunted jungle which cut off the village of Chowringhee from the river was cleared and gave way to the wide grassy stretch of the Maidan of which Kolkata is so proud of. 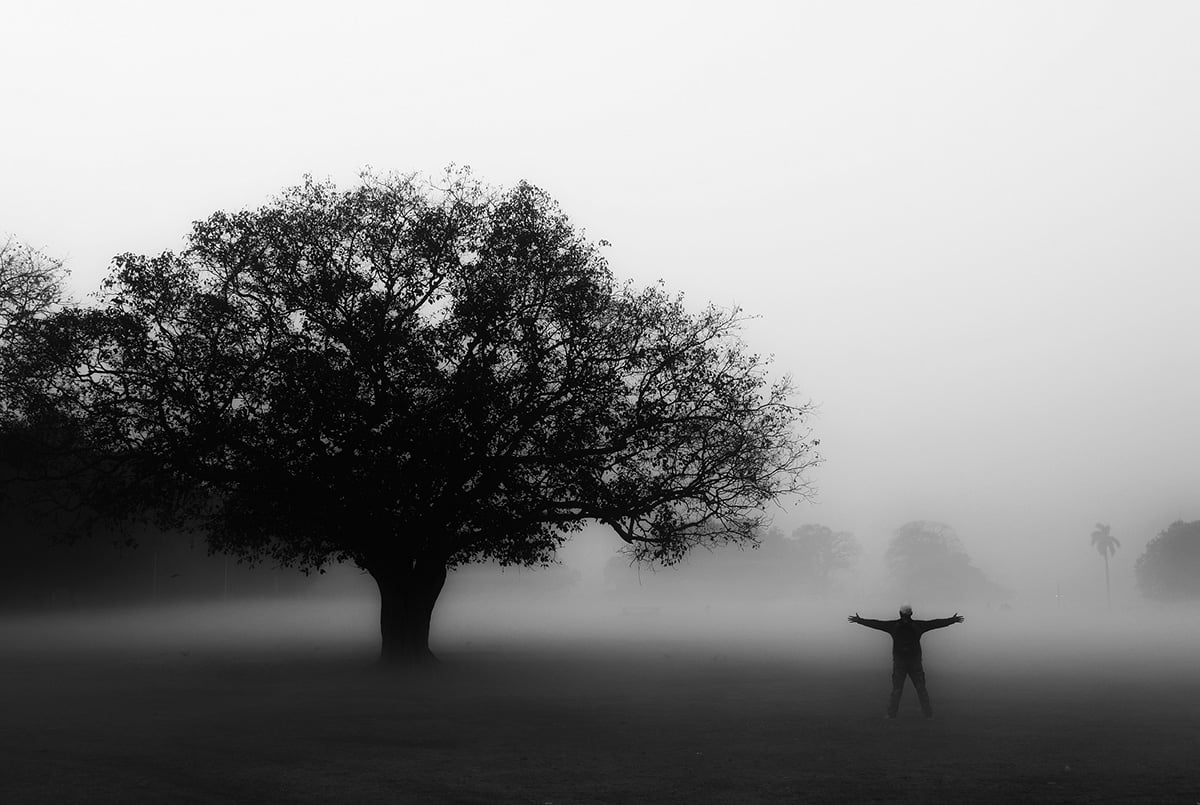 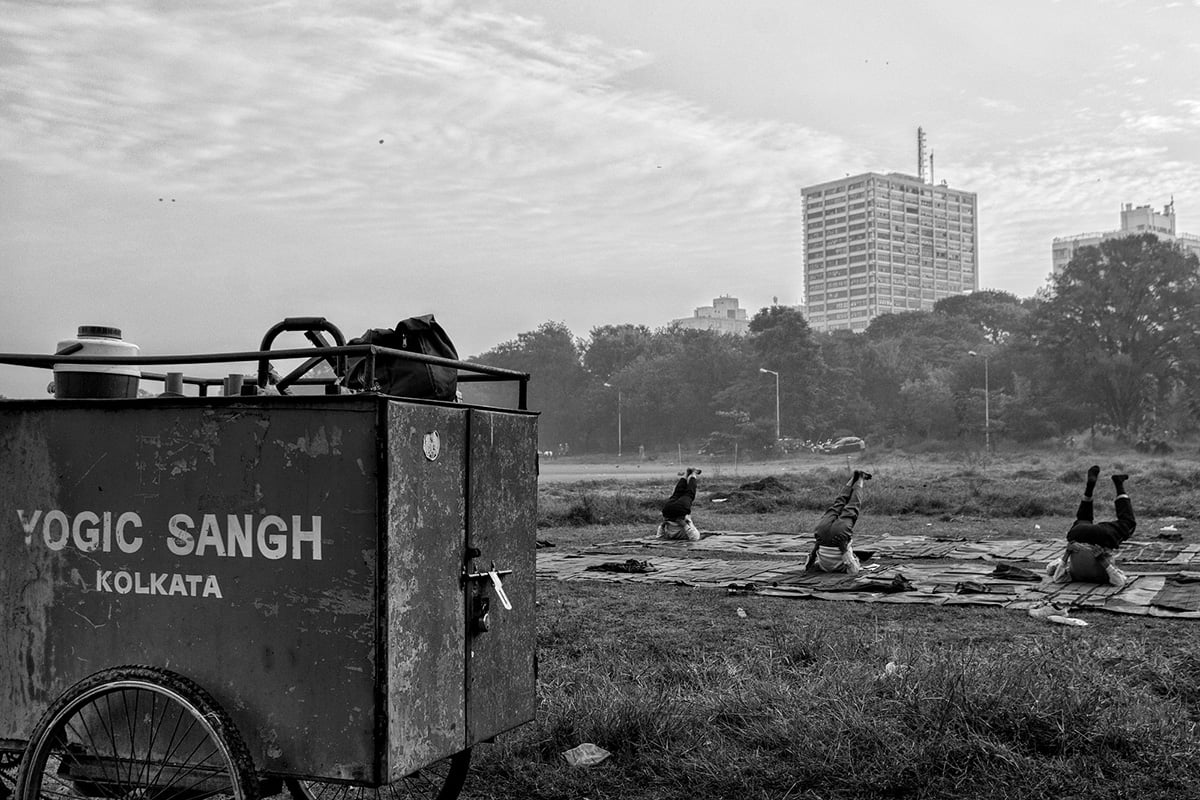 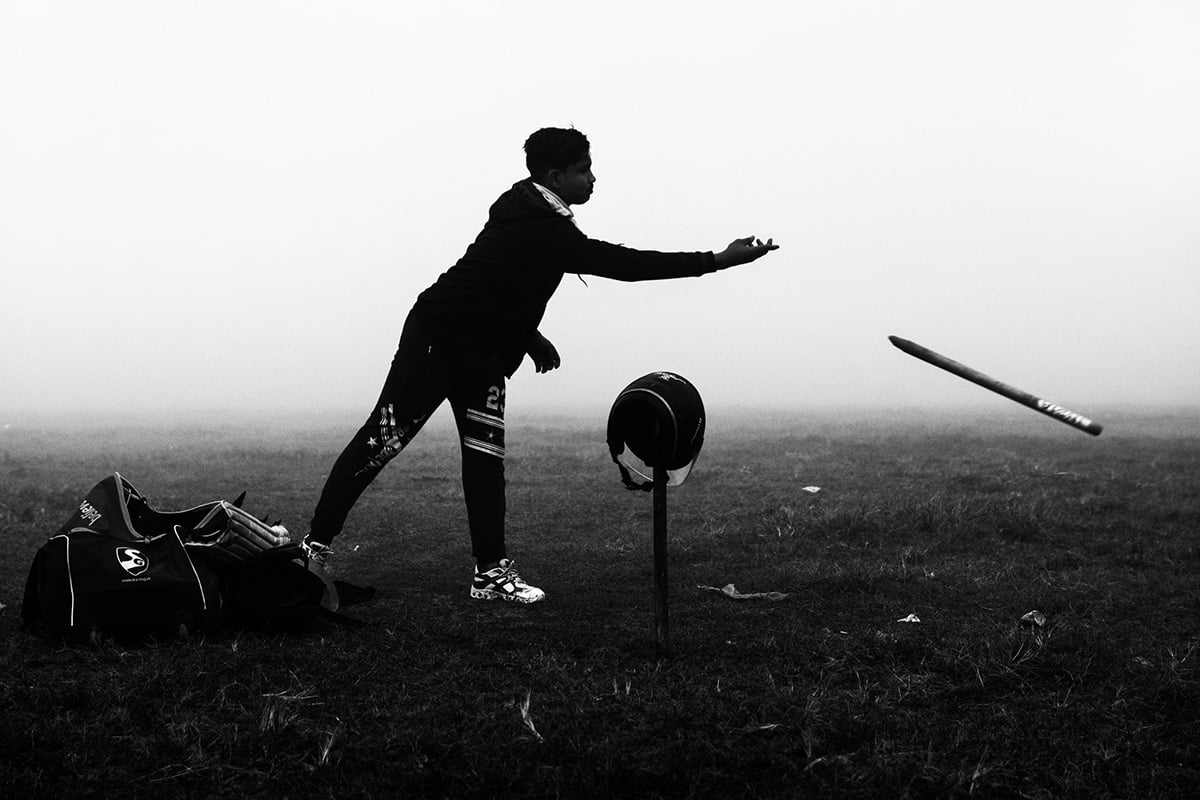 The morning fog creates an ultimate mysterious drama in the Maidan. The trees and the human elements are hardly visible from a sufficient distance. To photograph them and to create stories with all these elements is a real blessing for every street photographer. After a while, when fog foregoes the place and the mist light comes in, the scenario changes within a blink of an eye. 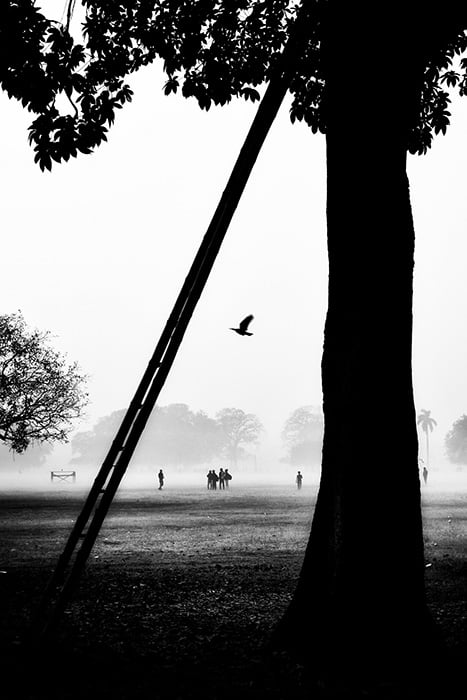 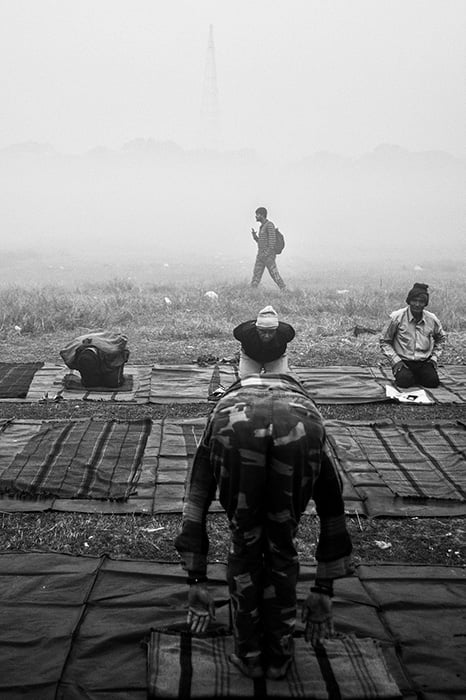 As a street and documentary photographer, it is quite challenging to make some unique stories from the place which has been photographed millions of times. For him, this is not an exception. Yet, he wishes to create some amazing frames to capture the versatility along with the drama and some unfolded moments from this place. 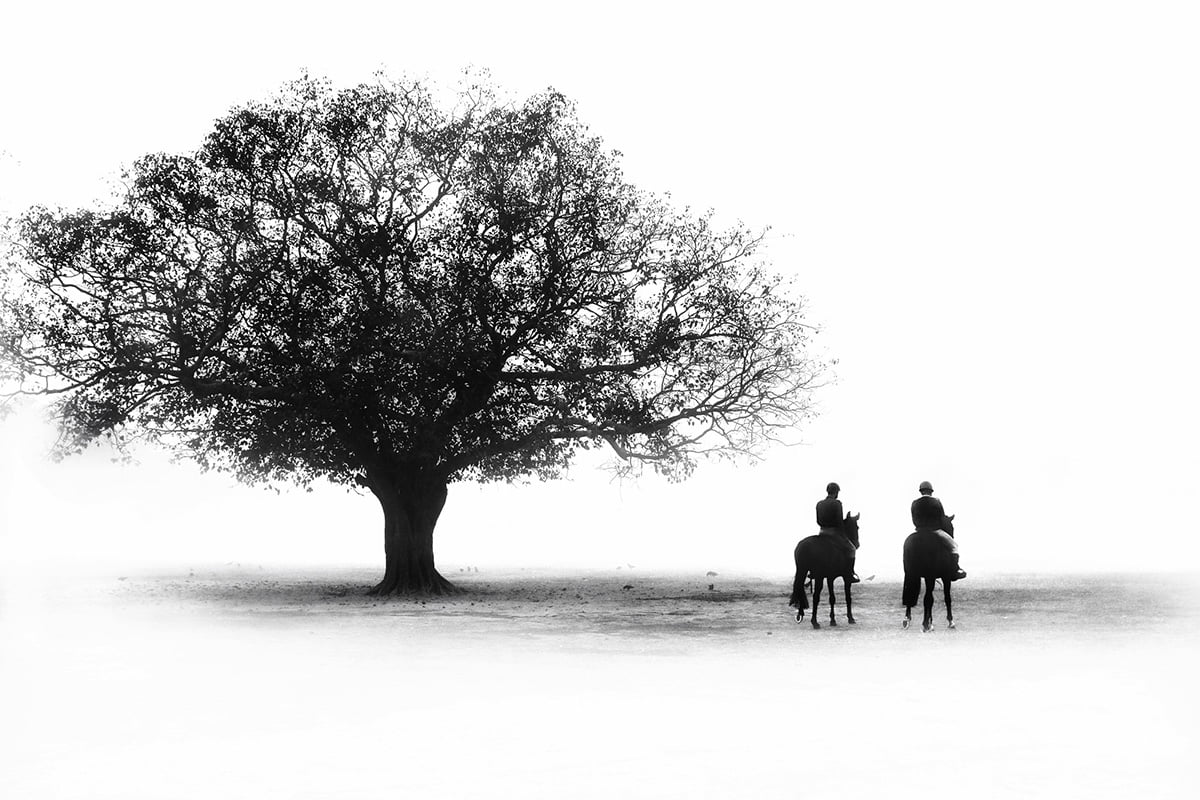 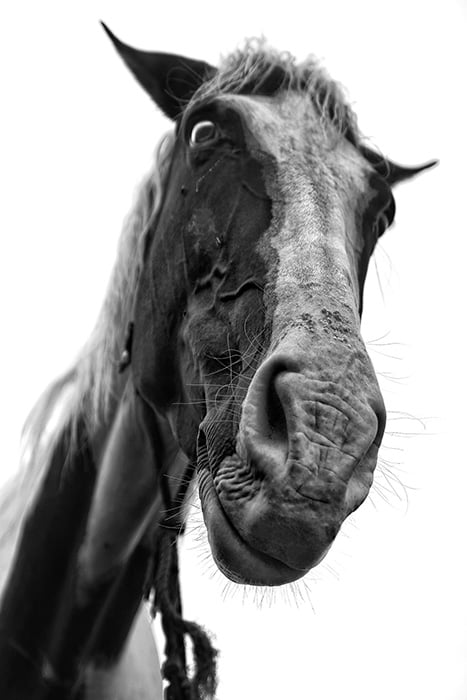 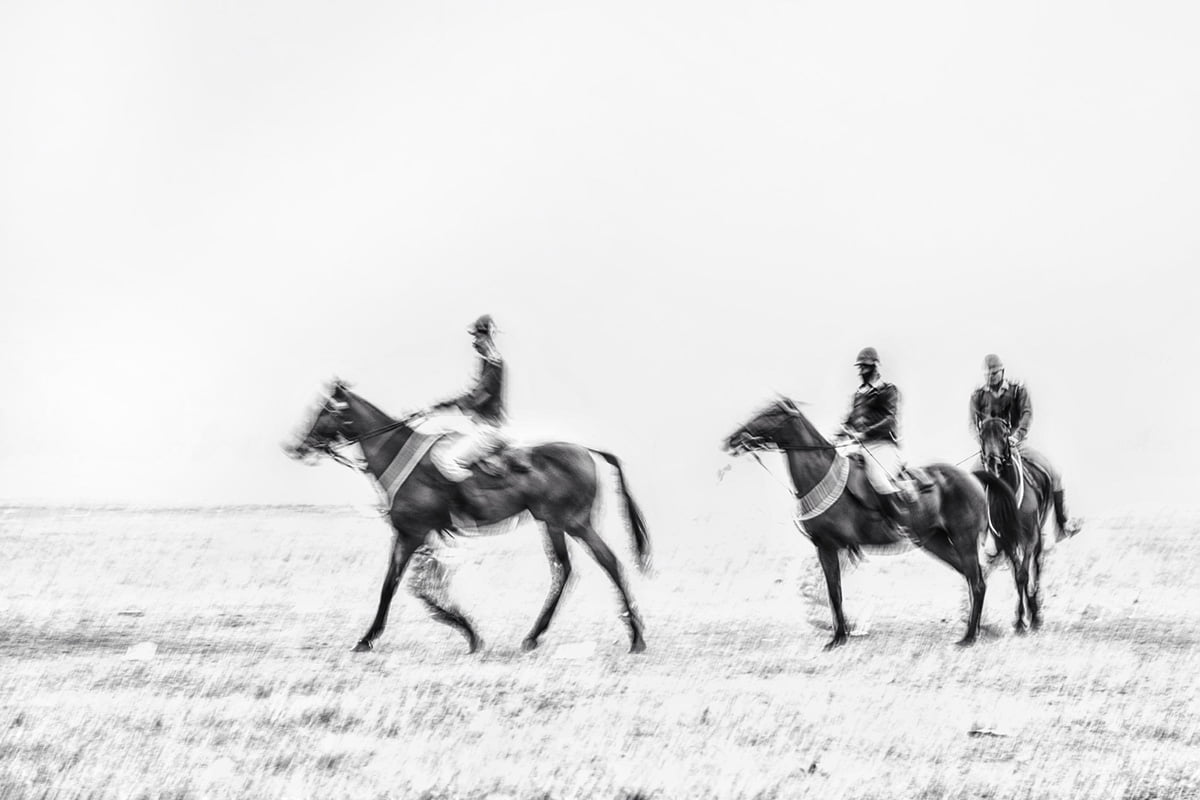 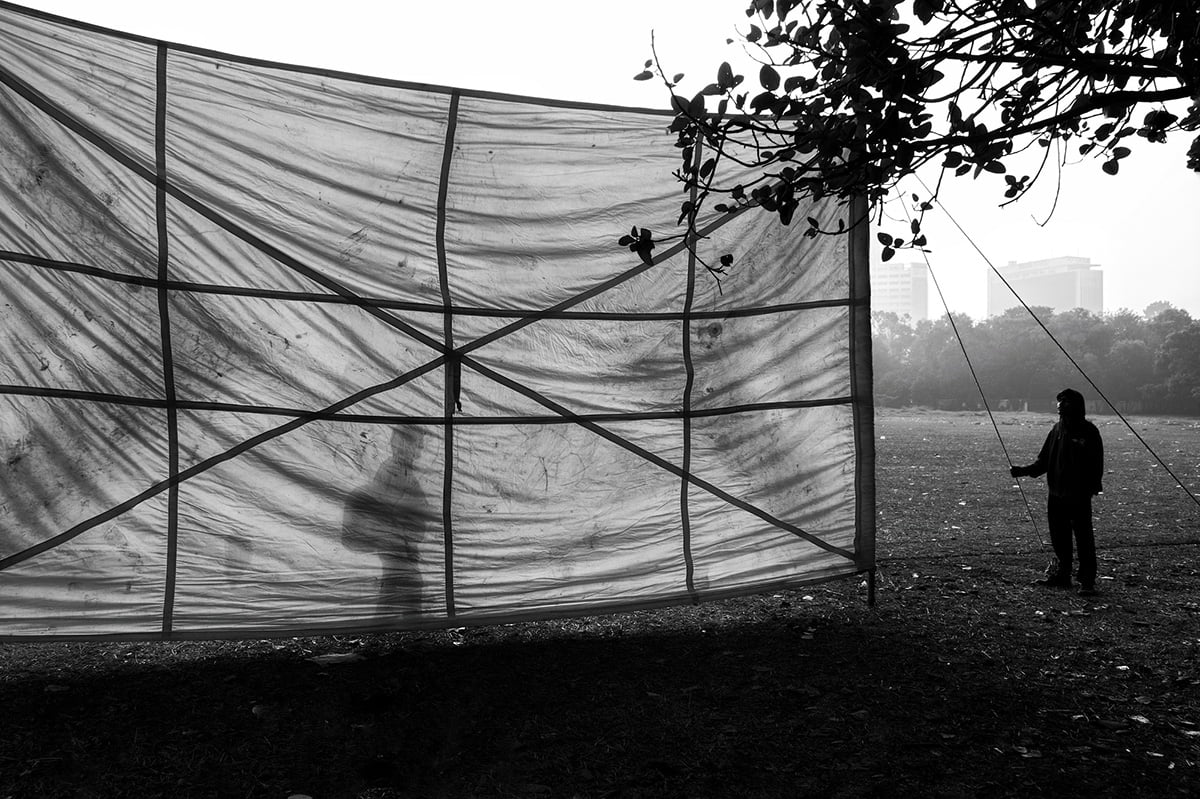 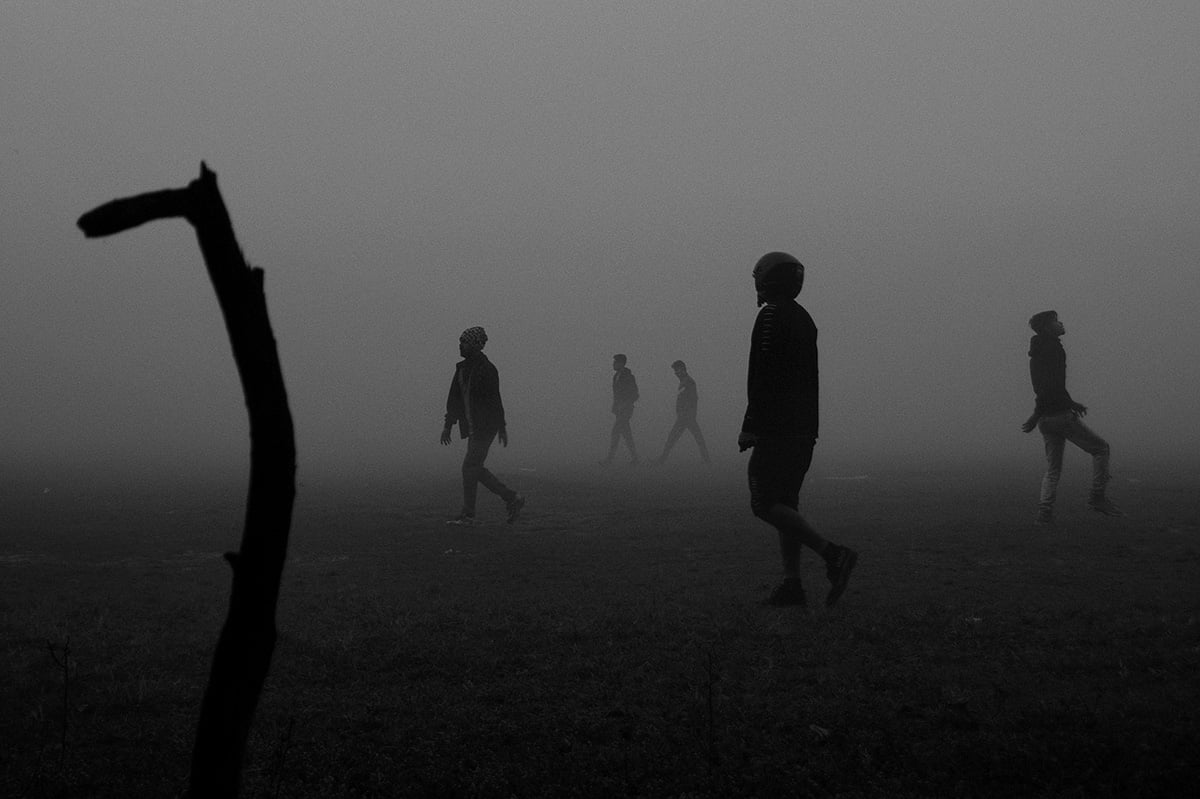 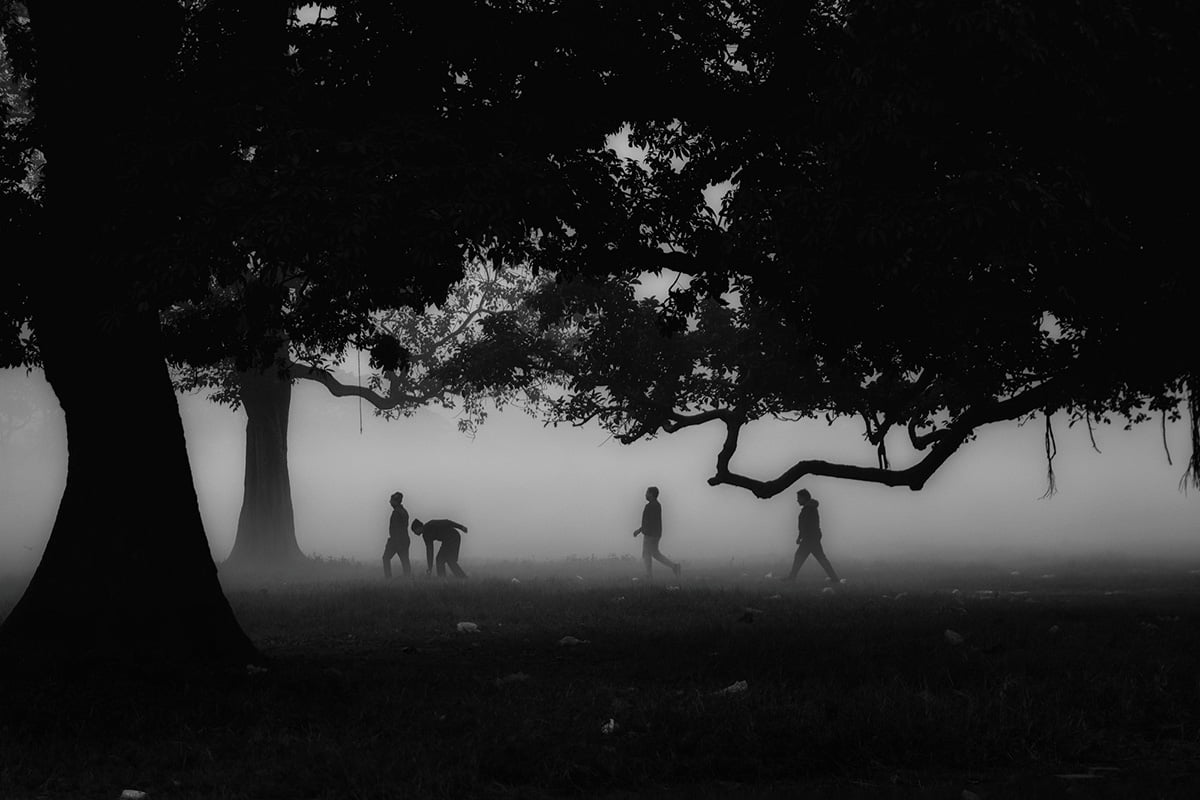 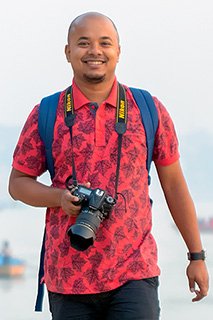 An accountant and logistics manager in a leading engineering firm, Santanu is an amateur street and documentary photographer based in Kolkata. Since 2016, photography has a huge influence in his life. In the process of developing his art, he soon found his real interest in street and documentary photography. The emotions of the people, everlasting dramas on the street, the changing sequence of the light and shadow; all such elements fascinate him to shoot street photography. He truly believes, as Robert Doisneau, the famous French photographer once said: “The marvels of daily life are exciting, no movie director can arrange the unexpected that you find in the street.”

Santanu believes that the ability to capture an image of someone instantly is an incredible privilege. As a street and documentary photographer, one needs to be careful and should always care about others’ privacy and feel confident enough to realize your creative potential. His work has been published in various publications around the world.

The article has been edited by our sub-editor Kanad Chhetri.