The Kumbh Mela held at Prayagraj in 2019 set the world record for the largest human gathering with an estimated 105 million people taking a dip at the holy confluence of rivers Ganga, Yamuna and mythical Saraswati.

For over thirty years now, Vivek Singh has witnessed this amazing annual transformation on the banks of the holy Ganges & Yamuna in Prayagraj formerly known as Allahabad, a township of immense cultural and historical significance in India. In the months of November & December as the waters of these two sacred rivers recedes to the lowest level, a temporary city of tents start coming up on the sandy banks. In the next few days, around mid of January, this place starts bustling with religious activities of the largest community in India, the Hindus. For almost one full month these devotees stay in tented accommodations indulging full time into religious chores, in search of salvation or moksha. Every Six & Twelve years this annual affair Metamorphosizes into the largest religious conglomeration of Hindus, famously known as Kumbh Mela. 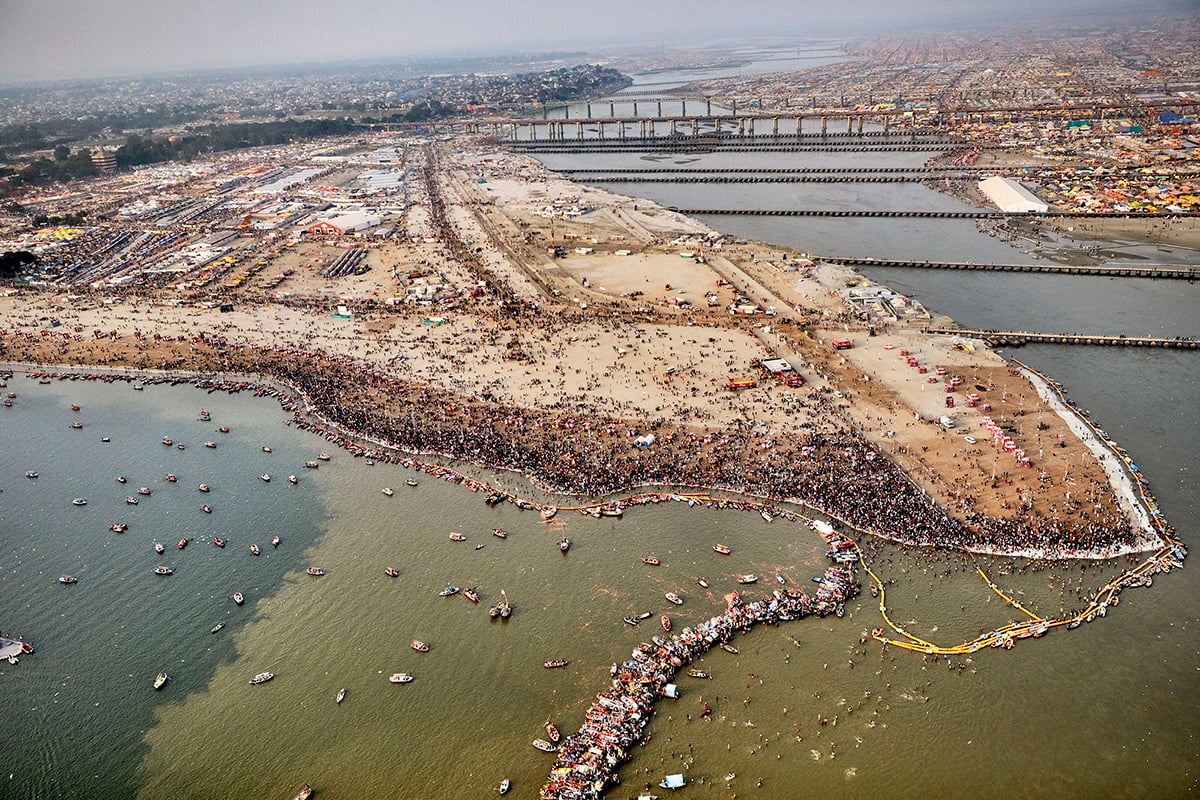 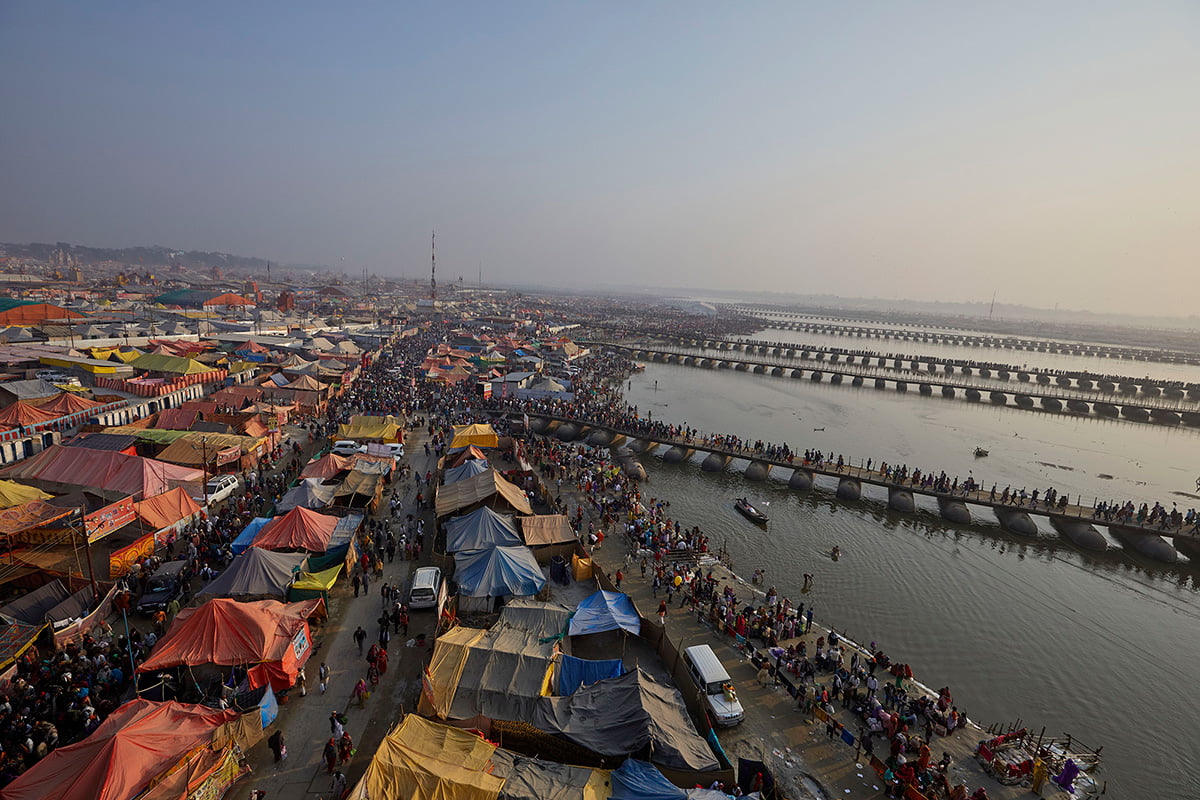 The Origin of Kumbh Mela is not clearly recorded and rooted in mythical legends. Two traditions are in voyage about the origin of this festival. As per the first tradition, the gods and the demons churned the milky ocean at the beginning of time to get its divine treasures. The pitcher filled with divine nectar is said to have splashed on the earth at four places as it was taken away to heaven by Jayanta – Haridvara, Prayaga, Nasik & Ujjayini, the four sites of Kumbh Mela. As per the Astrological traditions, Kumbh Parva takes place when the Kumbh yoga commences. It seems that the periodic gathering at these sacred places was used as an opportunity to create greater mutual understanding between different religious sects of Hinduism and also to expose the common man to the wisdom of these religious discourses. 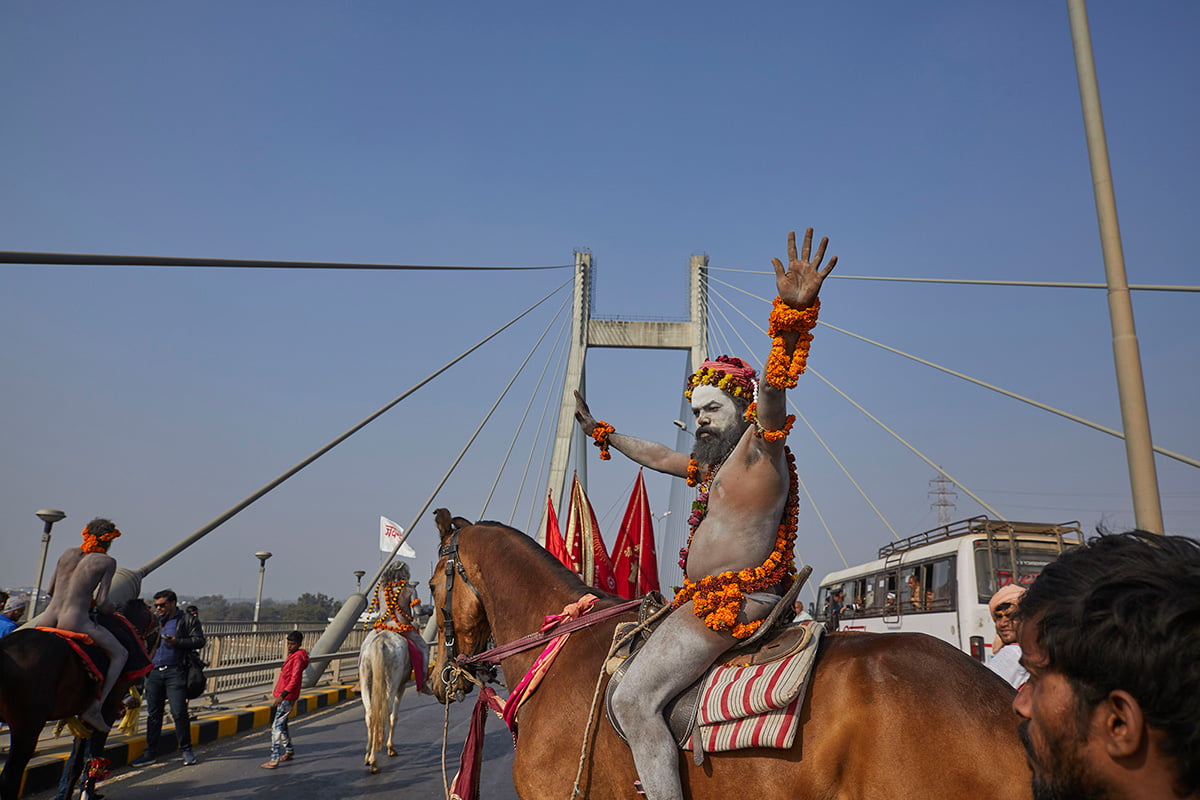 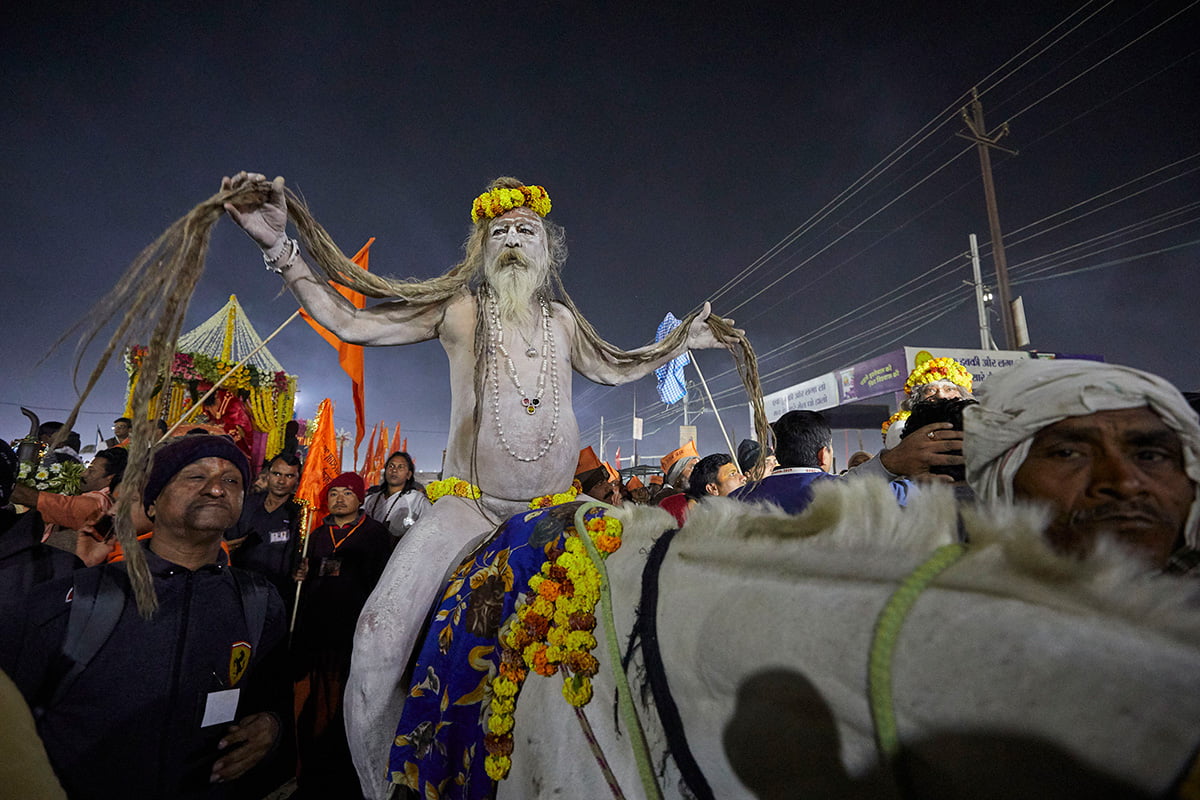 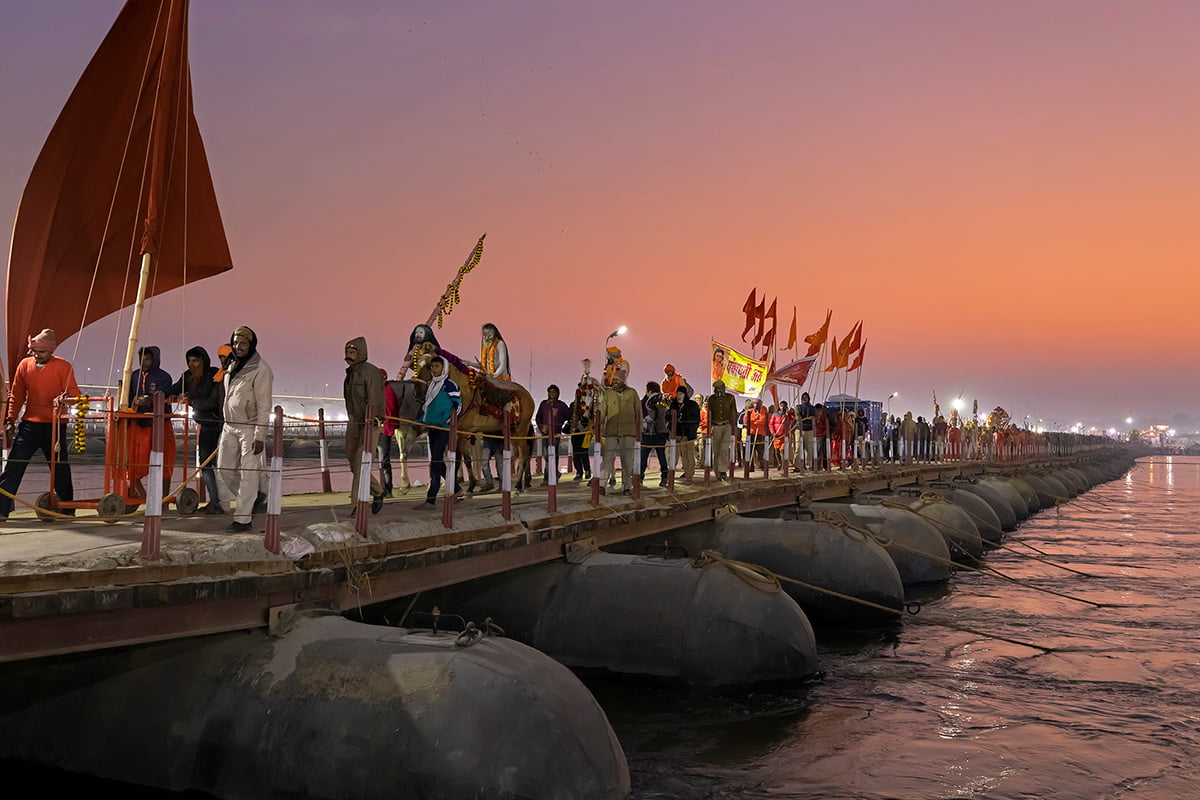 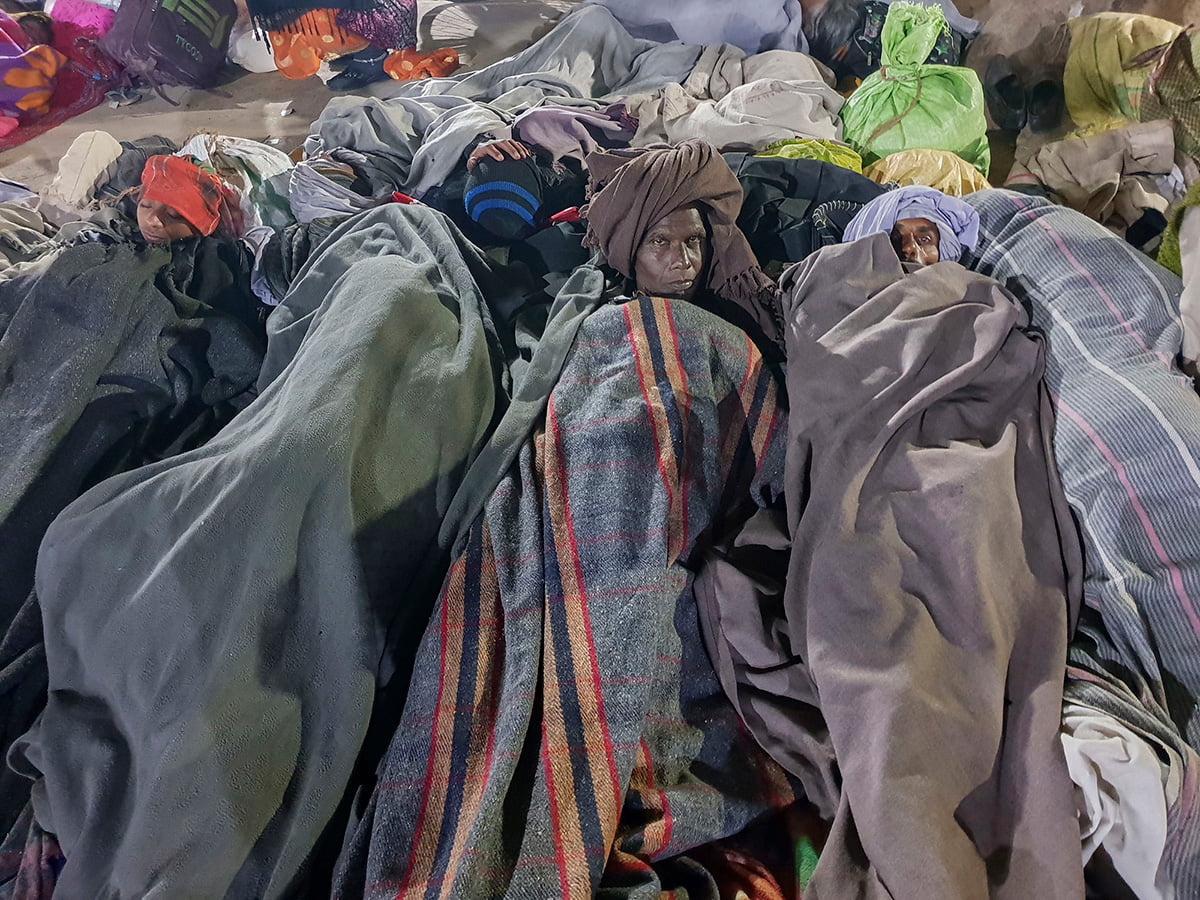 The main attraction of this Mela is certainly the Akharas & their ascetics mainly the naked Saints or the Nagas. Akharas were established to unite followers of similar religious world views and practices. Categorized into three broad groupings based on their favoured deity – Shaiva, Vaishnava and Udaseen, these akharas are flagbearers of Sanatan Dharma. The Shahi Snan or the royal bath of these akharas on main bathing days forms a very important event of the Kumbha Mela. For the common, Kumbh Mela provides an opportunity to get rid of his/her past sins and seek salvation by staying on the banks of the holy rivers, devoting fulltime to the cause of Sanatana Hindu dharma. 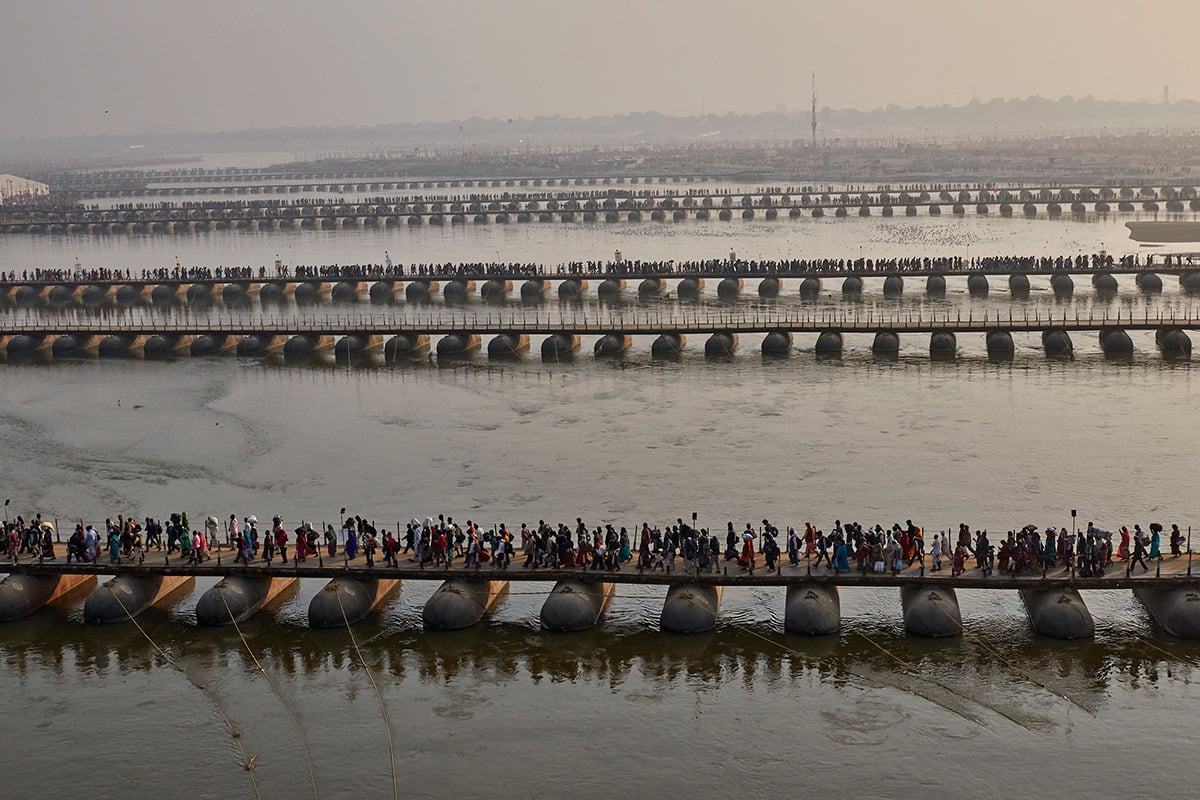 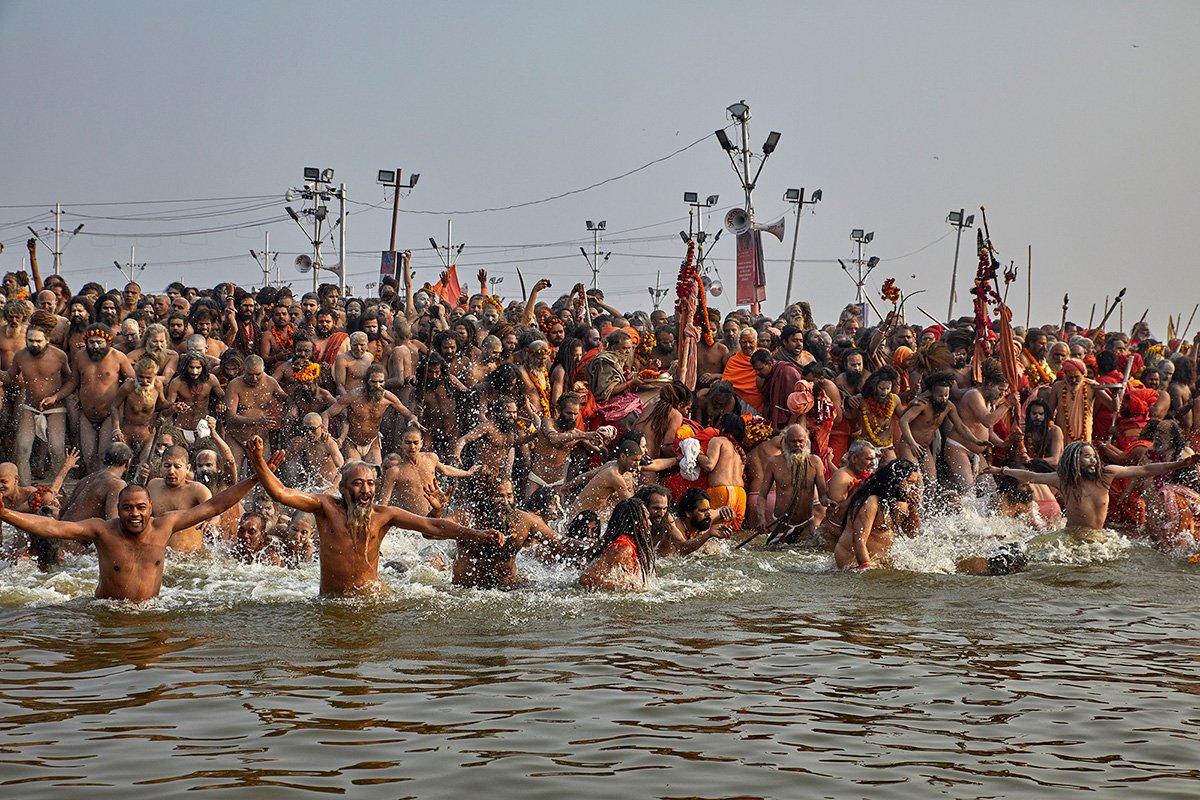 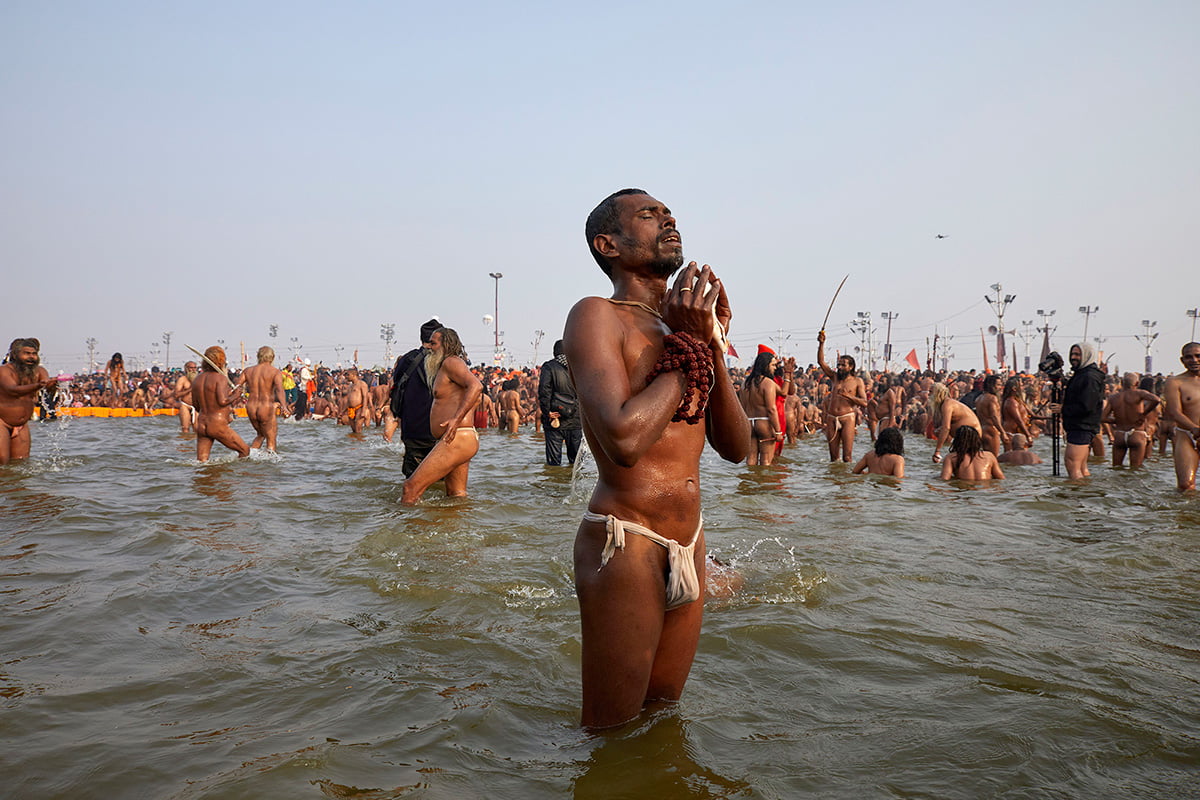 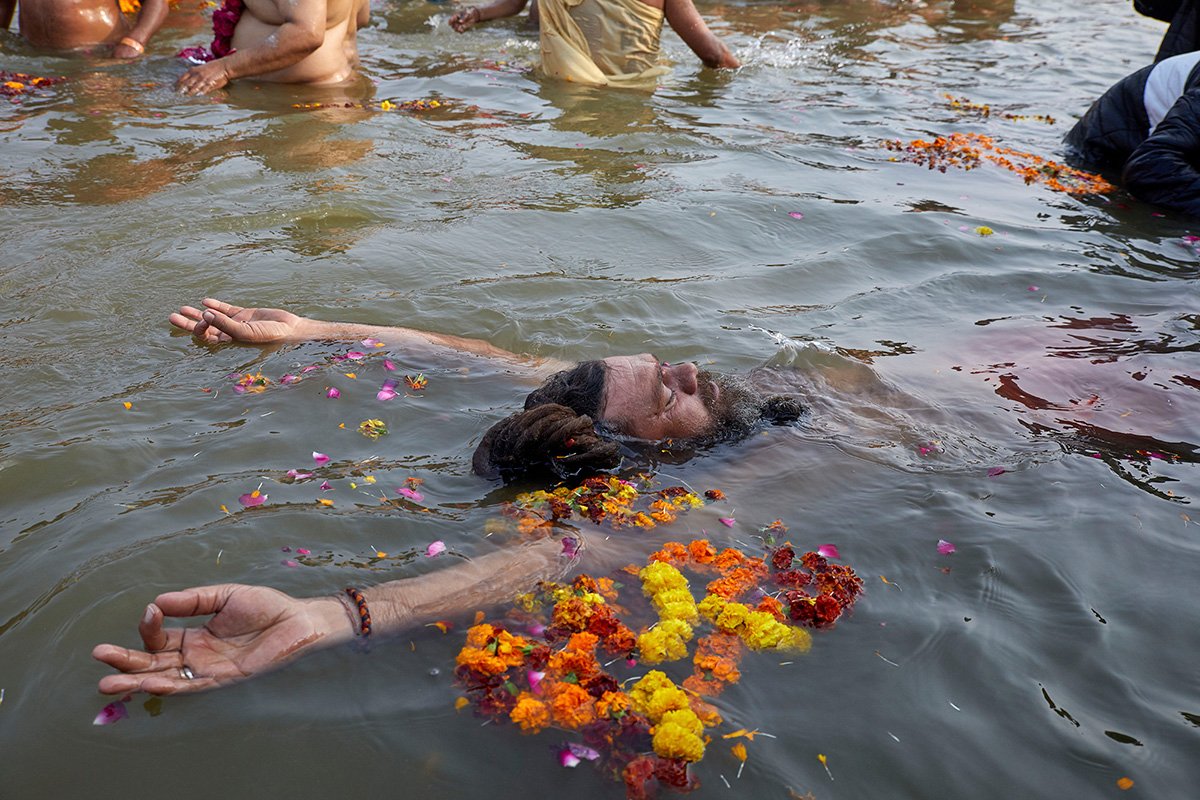 The Kumbh Mela held at Prayagraj in 2019 (15 January to 04 March) set the world record for the largest human gathering with an estimated 105 million people taking a dip at the holy confluence of rivers Ganga, Yamuna and mythical Saraswati. The intergovernmental committee for the safeguarding of the intangible cultural heritage under UNESCO has Kumbh Mela on the representative list of Intangible Cultural Heritage of Humanity.

These snapshots are only a window to the fascinating world that Kumbh Mela unfolds before the curious onlookers. 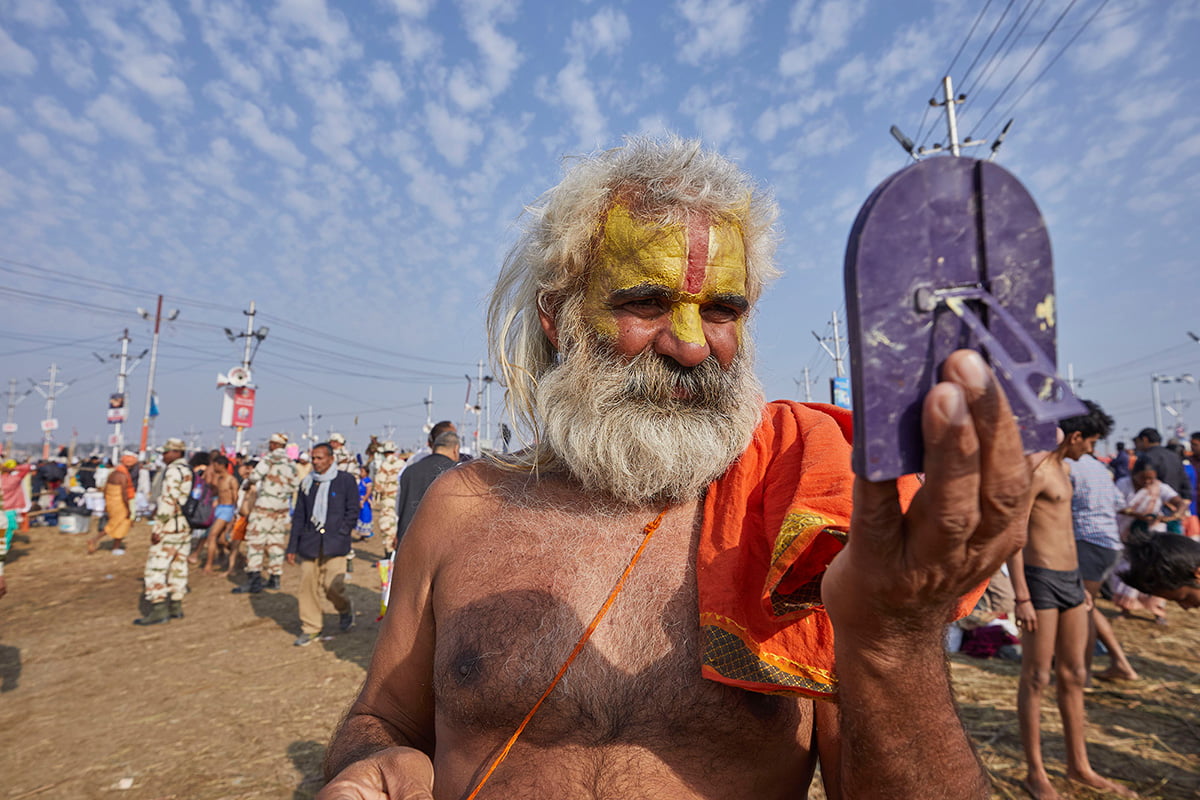 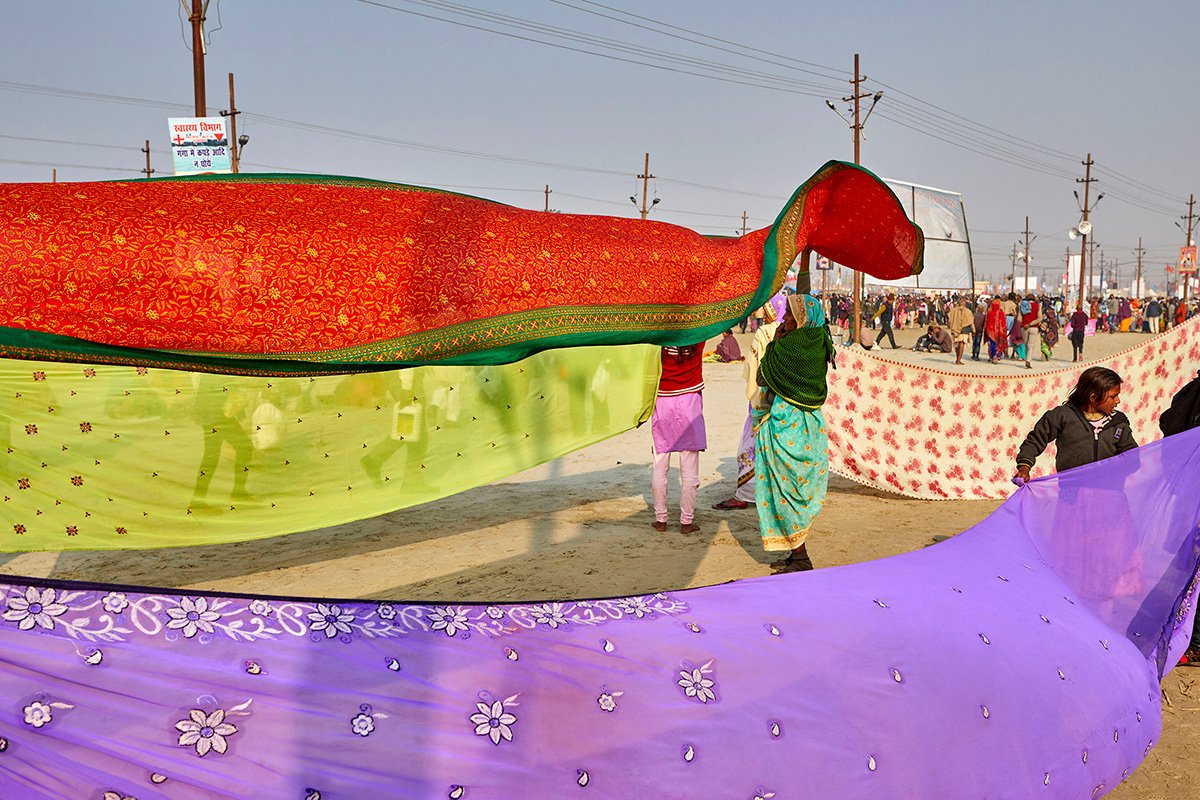 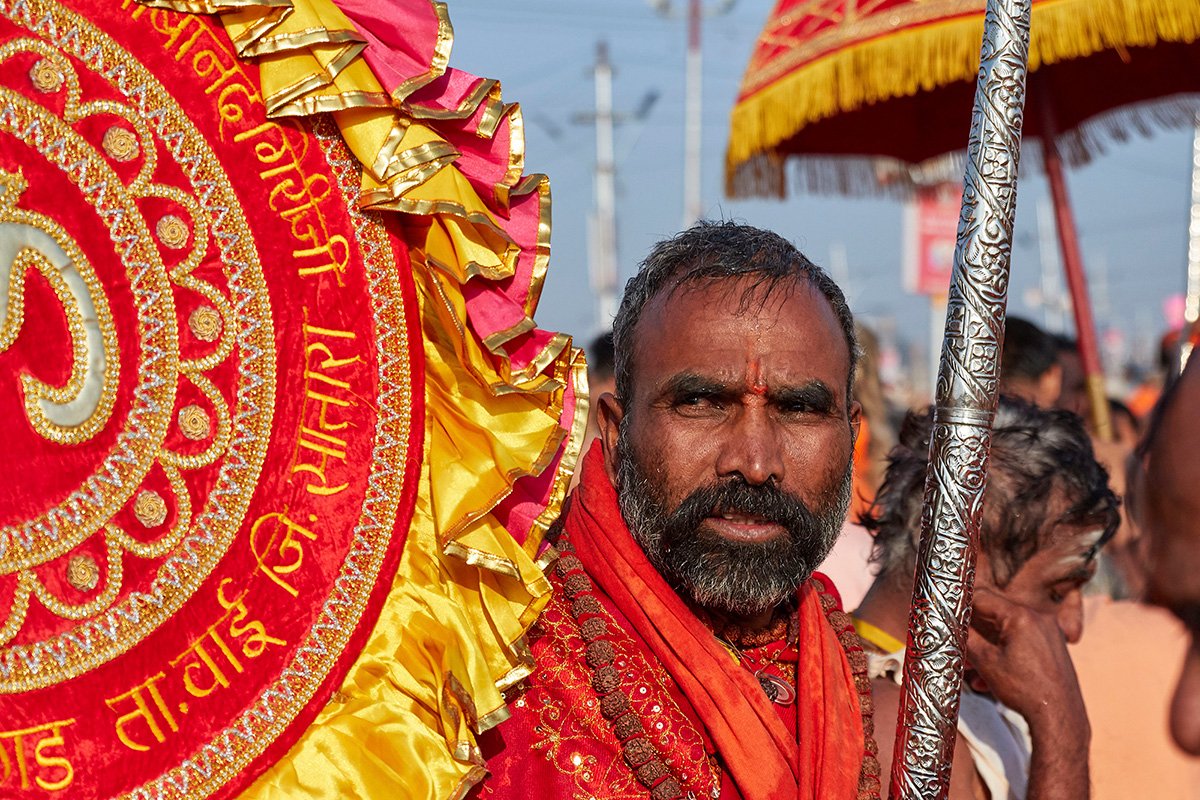 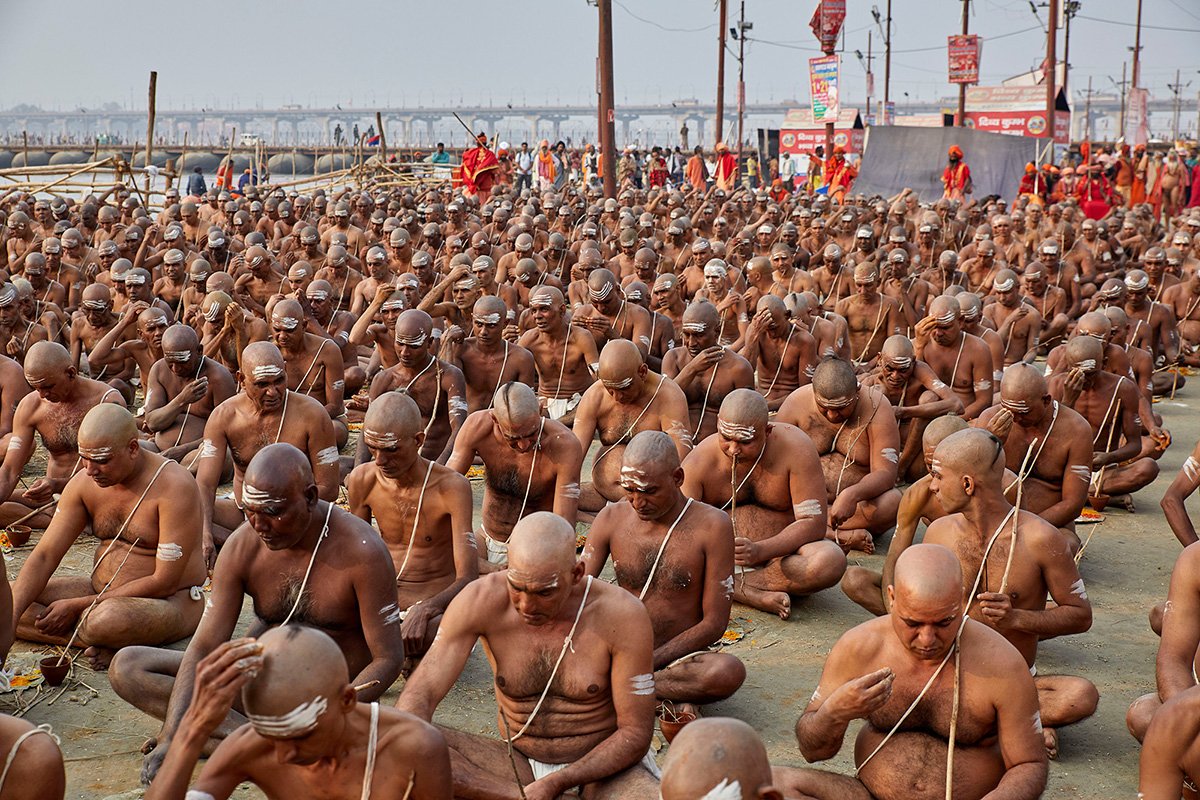 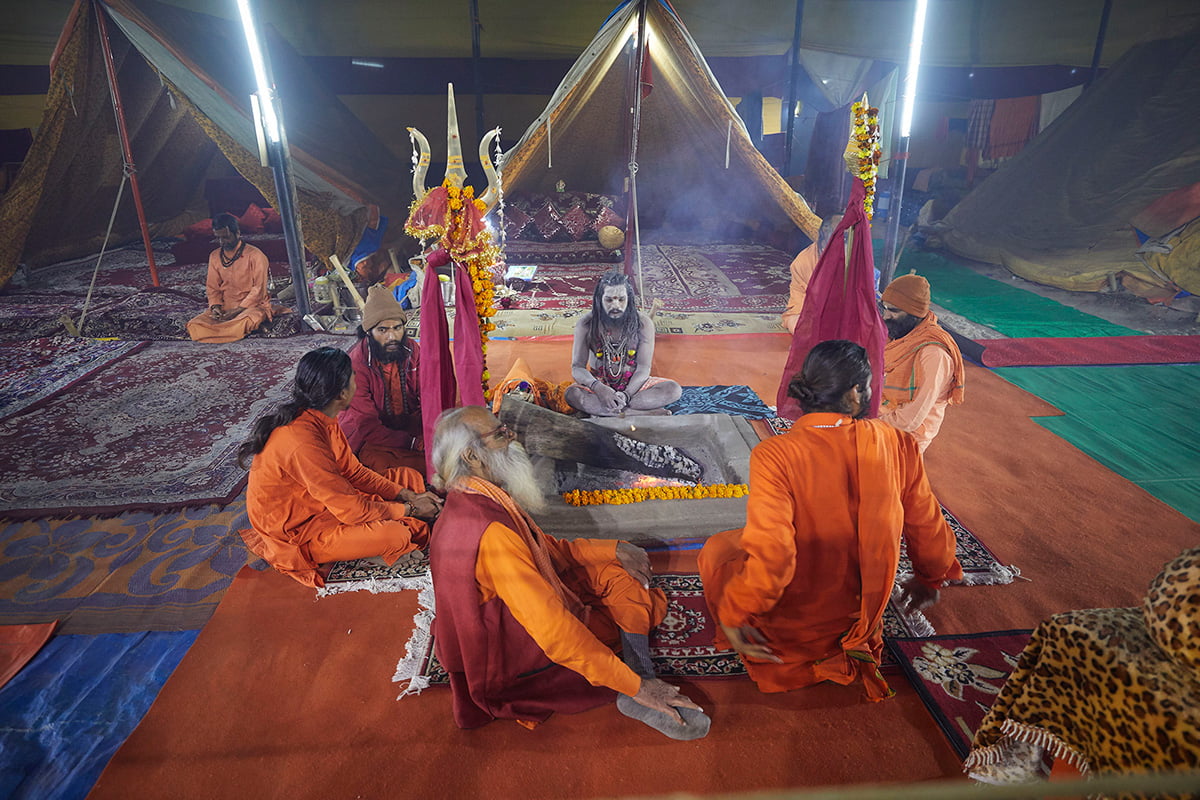 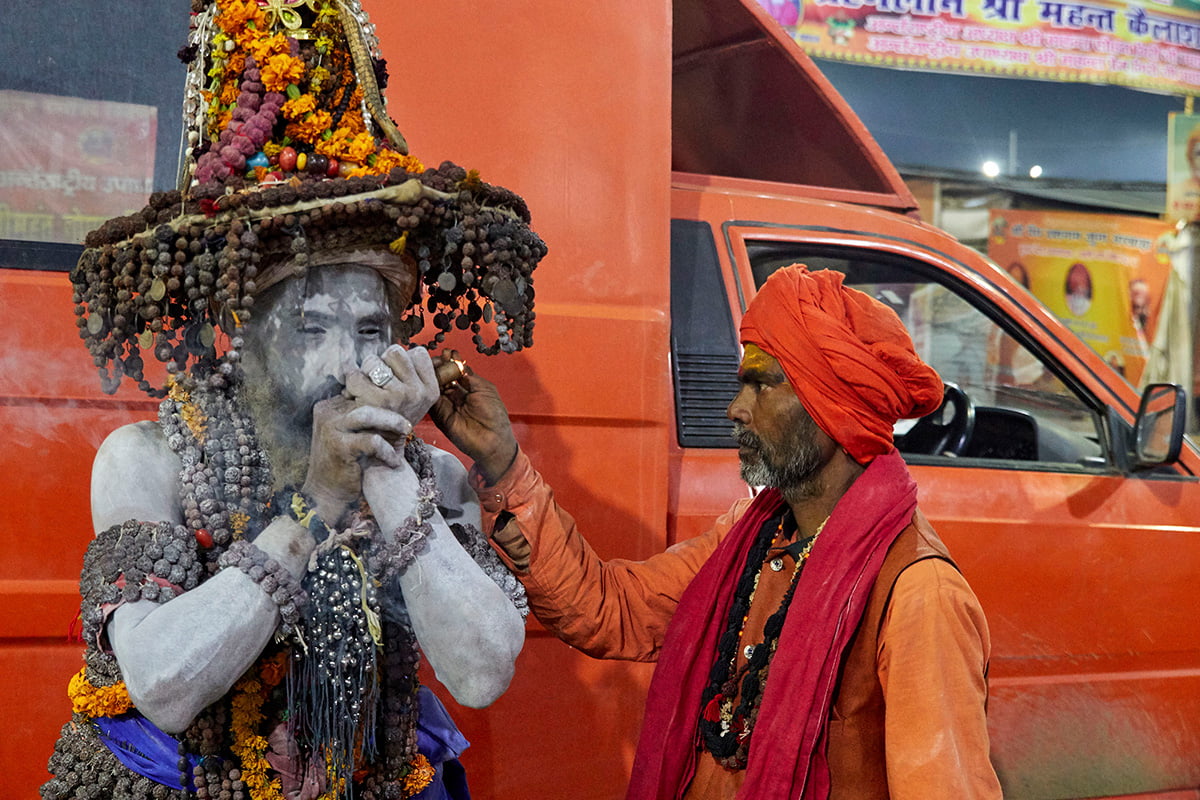 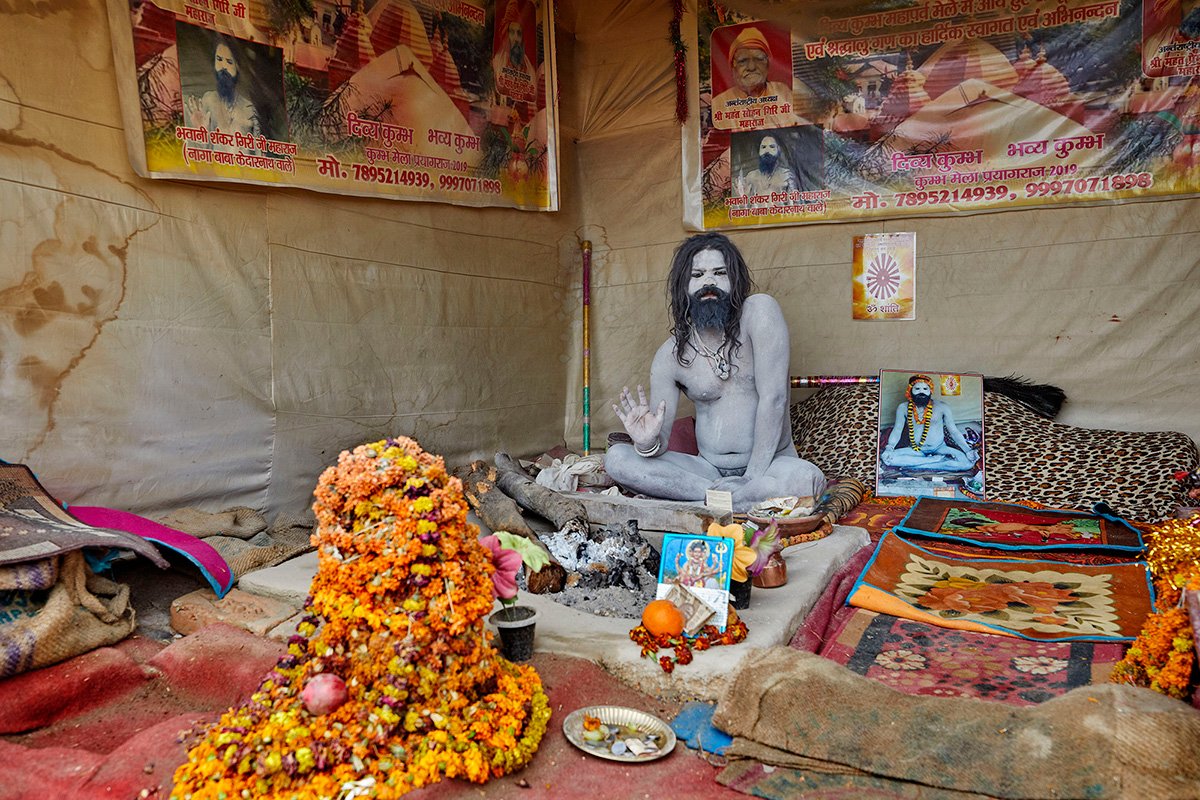 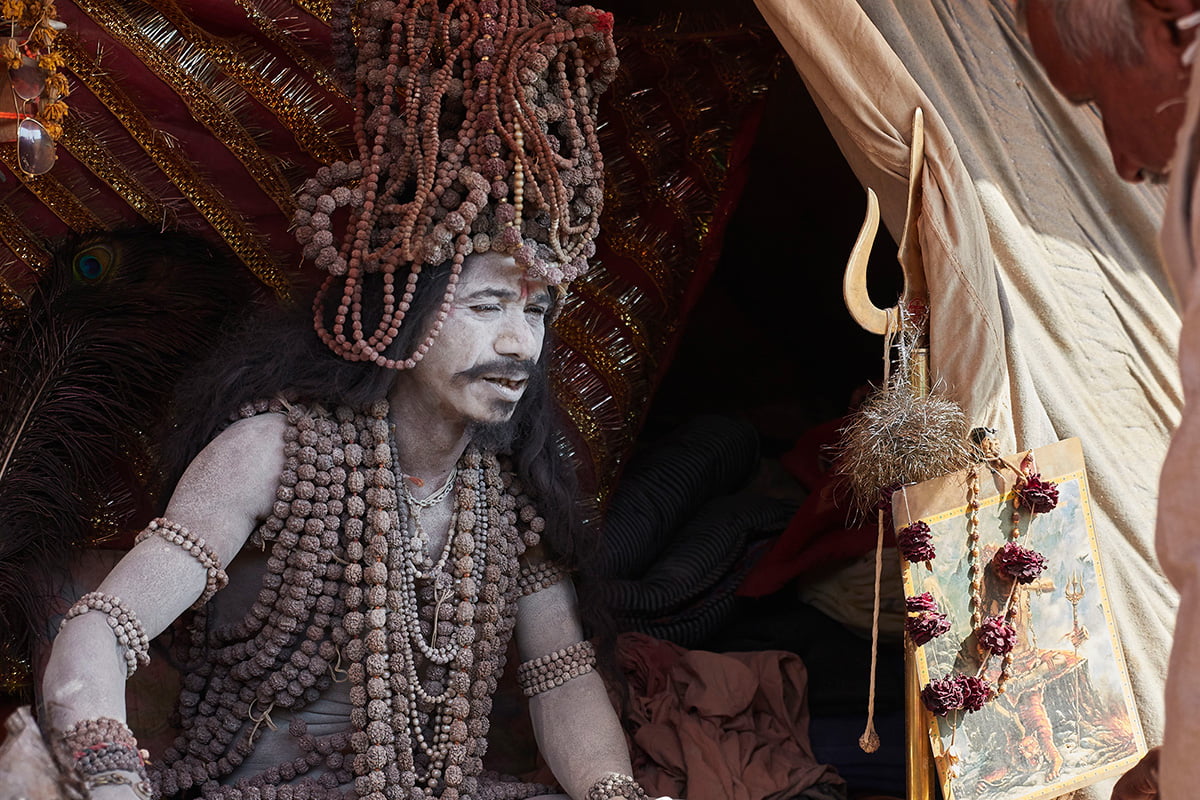 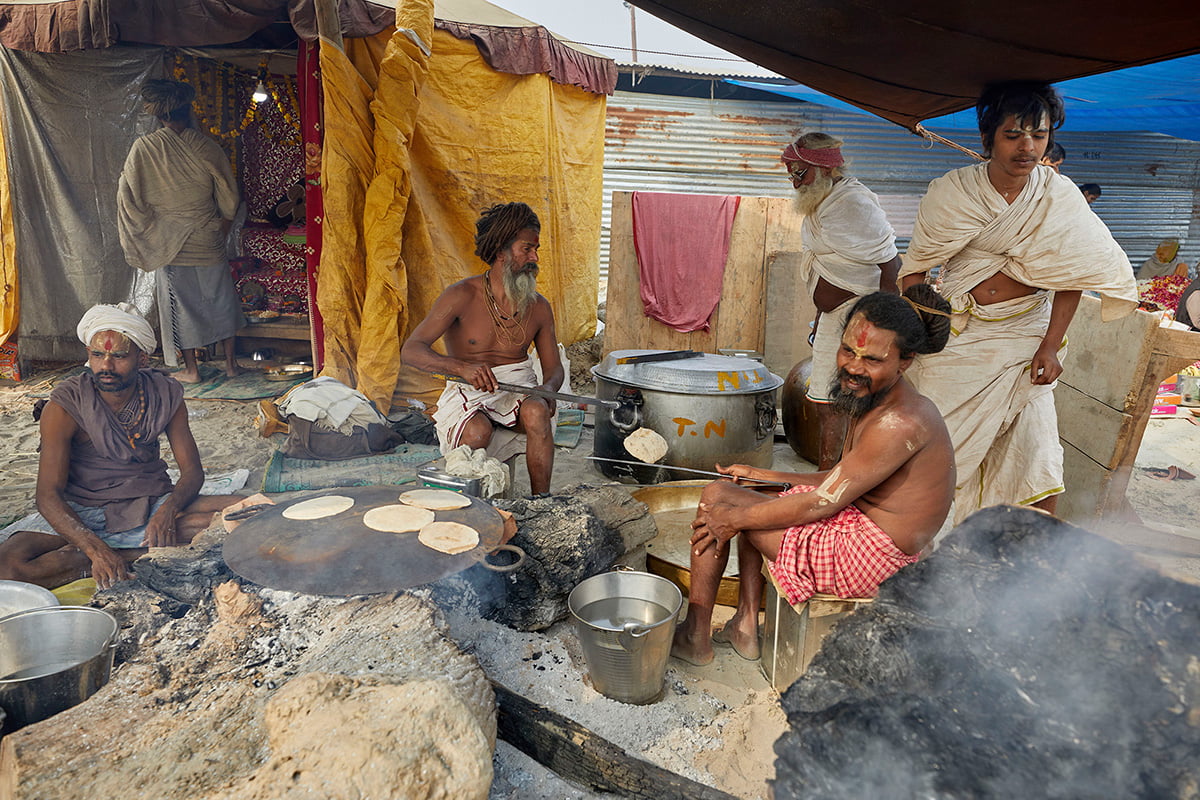 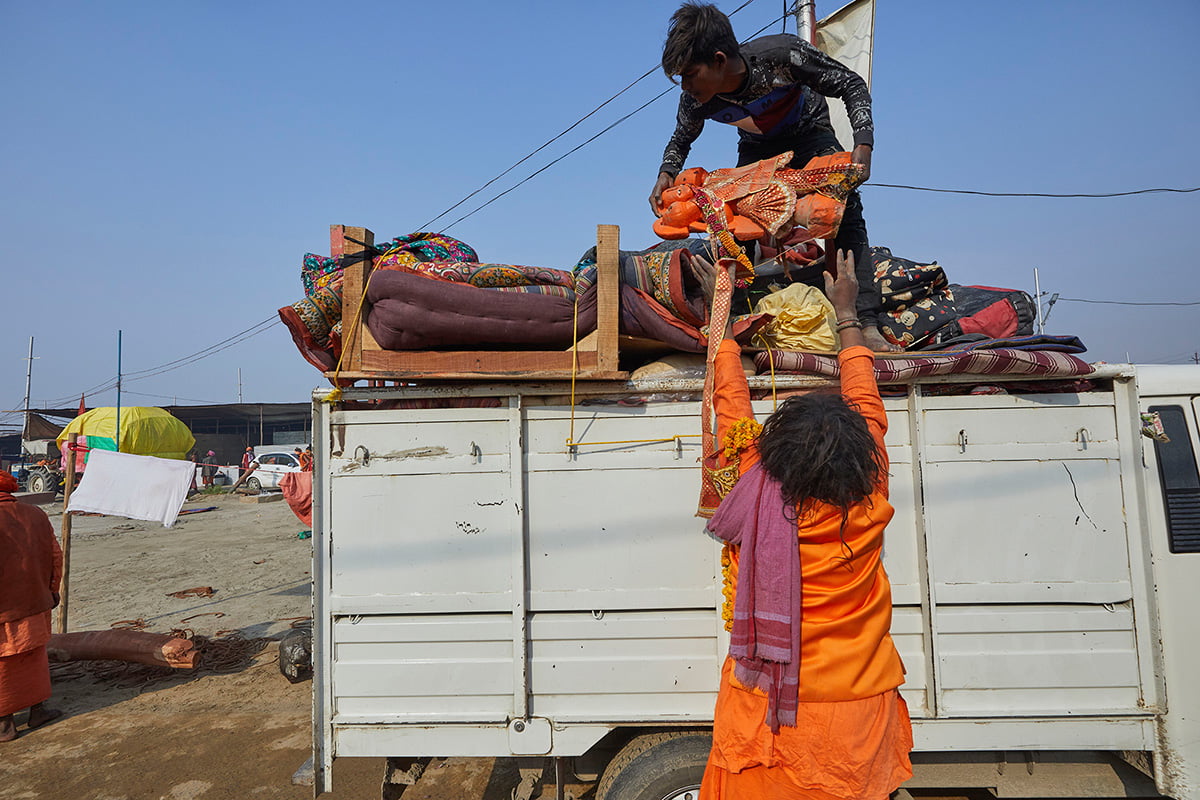 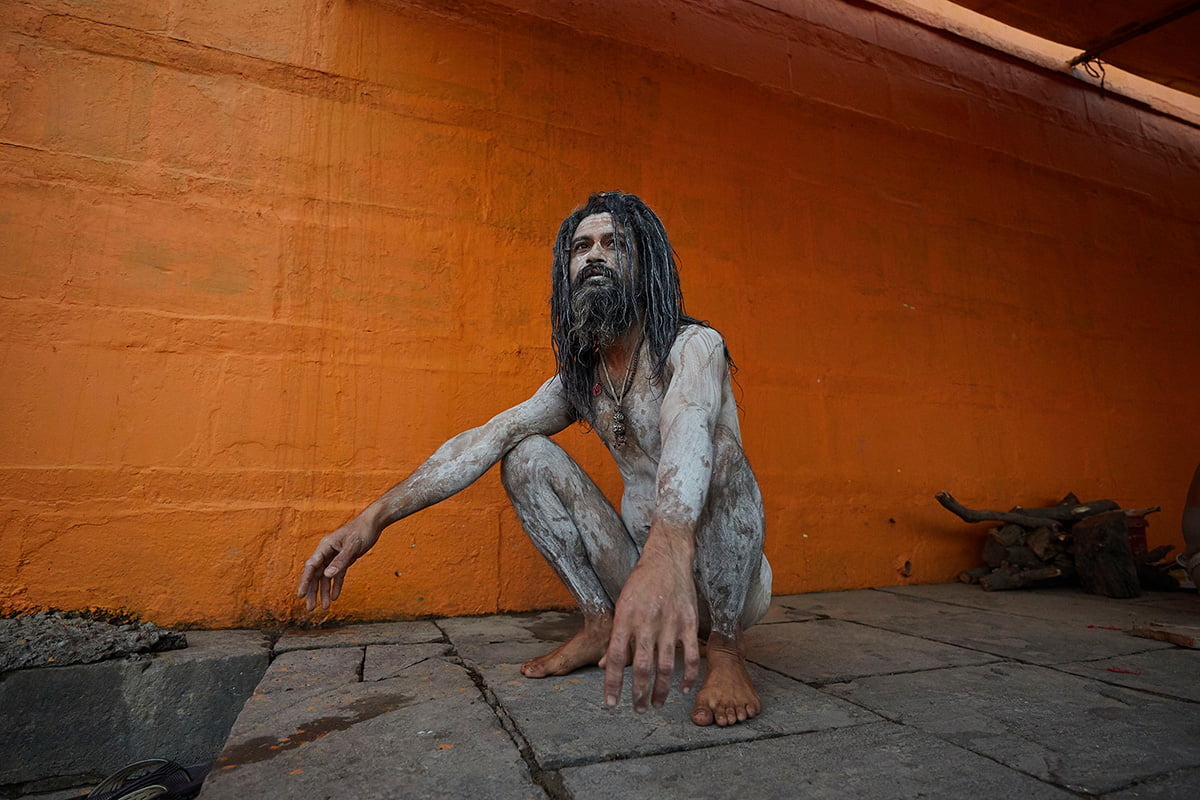 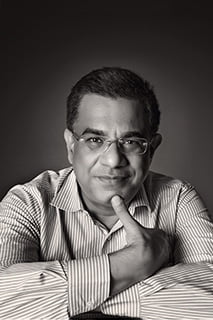 An officer of food & civil supplies department of UP government, Vivek, is also a passionate wildlife & travel photographer based in Prayagraj (Allahabad). His works have been acknowledged by various prestigious publications including National Geographic and Traveller India. His work is put on exhibit regularly in India and he has also two exhibitions abroad. Over the years, his photographic work has been awarded and recognition in several national and international contests along with various publications on renowned platforms.

Vivek is the editor of coffee table book “Magh Mela” a book on the annual mini Kumbh Mela that takes place on the banks of Sangam in Prayagraj. His forthcoming coffee table book “Celebrating Faith” is a collection of photographs taken during the Kumbh Mela 2019 and offer an exclusive window to the fascinating world that every Kumbh Mela unfolds before the curious onlookers.