The Himalayas, or Himalaya, is a mountain range in Asia separating the plains of the Indian subcontinent from the Tibetan Plateau. The range has many of Earth’s highest peaks, including the highest, Mount Everest (Nepal/China). The Himalayas include over fifty mountains exceeding 7,200 m (23,600 ft) in elevation, including ten of the fourteen 8,000-metre peaks. The picture was taken during a flight from Delhi to Leh August 2019. I was mesmerized to see the picturesque landscape through the window of the plane. I deliberately put my lens to close to the glass of the window to get rid of glass scratches and waited for the best composition to work for me. This is one of the shots of twenty seven total shots I clicked off the mighty Himalayas that day. 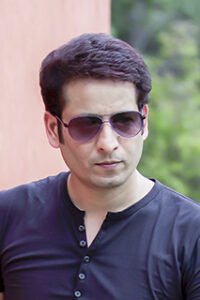 A doctor by profession and a photographer by passion Amit is based at Chamba, Himachal Pradesh,India. He started with his father’s analogue camera as a hobby during 2008 which turned into a passion and it entered to his blood as a deathless frenzy in 2010 when he bought his first DSLR. Initially, he started capturing pictures in almost every genre of photography but gradually, he found himself extremely intrigued by travel, landscape and storytelling pictures. Photography is the flame that has kept the candle of his life burning for almost a decade.