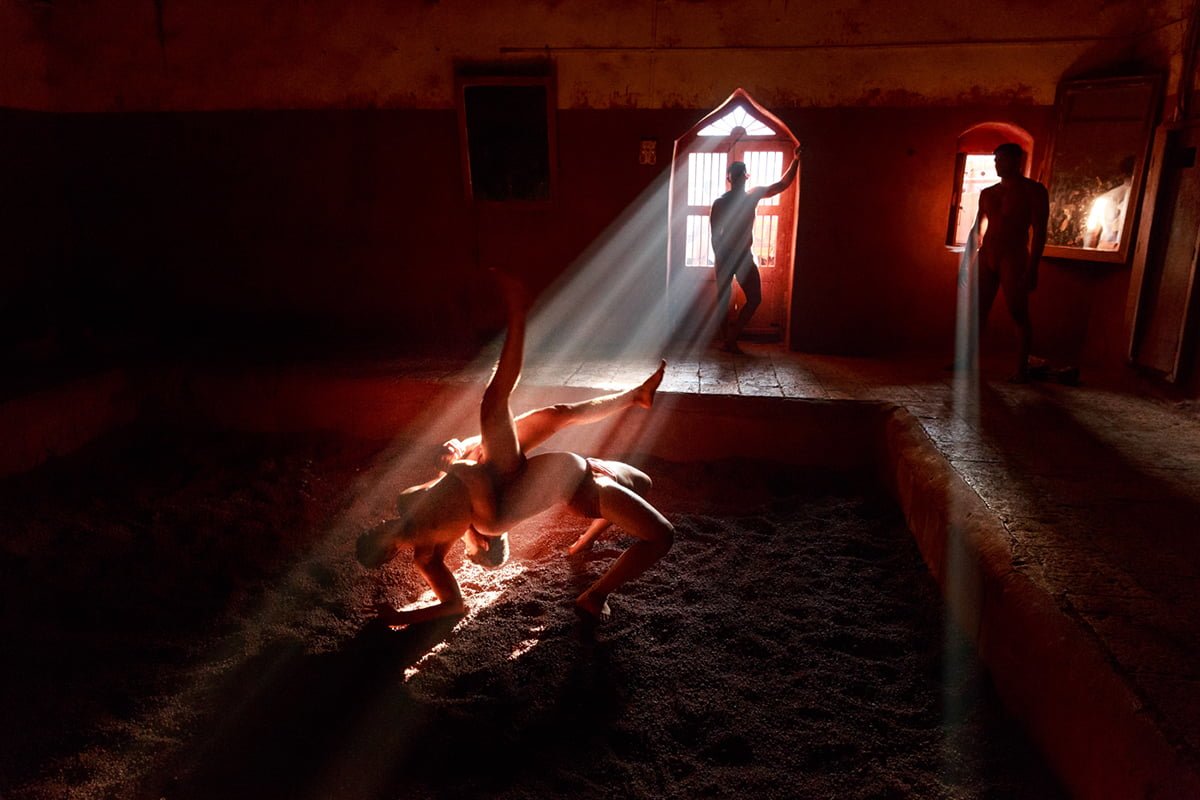 Encased in the beam of light

Kushti was developed by the Mughals using influences from malla-yuddha (a wrestling form which was first mentioned in Ramayana in the context of a fight between Bali and Ravana). During the rule of Chhatrapati ShahuMaharaj hundreds of akhadas were built throughout Kolhapur. Women, however, are not allowed inside the akhadas (also referred to as “taleem”) since it is believed by the pehelwans that Lord Hanuman (who is worshipped by the pehelwans) would not approve of it as the pehelwans are required to follow an important tenet – celibacy. I visited the akhada (in which the photograph was taken) with a group of friends. In the said group there were only two ladies (including me). While the male members in the group had no difficulty in obtaining permission to enter the akhada, my female friend and I were initially told that we would not be allowed to enter the akhada. However, after a lot of pleading I was allowed to enter the akhada while my friend was asked to wait outside. Even though I was allowed to enter the akhada I was not allowed to accompany the male members in our group on to the turf on which the pehelwans practice as the pehelwans consider the turf (prepared using soil dredged from the river bank and mixed with ghee, mustard oil, peanut oil, lemon juice, turmeric powder, yoghurt and milk) to be sacred, and no woman can be allowed to step on to it under any circumstance. Hence, unlike the male members in our group I had to observe from a distance. We had reached the akhada a couple of hours before dawn to see the pehelwans practice, and while we were seeing the pehelwans practice the first rays of the sun came in through the windows and fell on the turf on which the pehelwans were practicing. A sight which was worth seeing from the very beginning was transformed into something almost magical with the arrival of the first rays of the sun, and I was fortunate enough to be able to capture the moment on my camera. 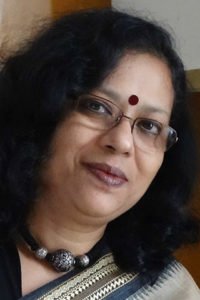 Keya is a Kolkata based photographer, spent all her childhood days in Shantiniketan and was exposed to the rich cultural heritage of Shantiniketan practically from right after her birth. She has done M. Sc. in physics and knowledge of physics came very handy a few decades later in her life when she took up the camera and dabbled into photography as a hobby.